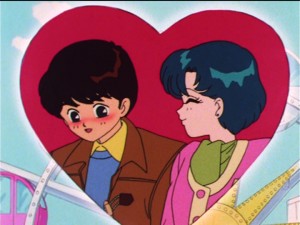 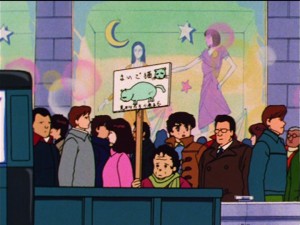 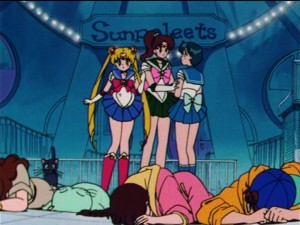 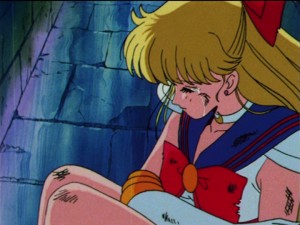 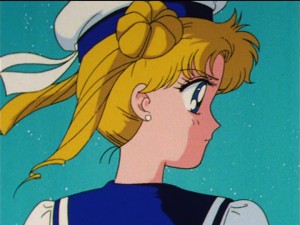 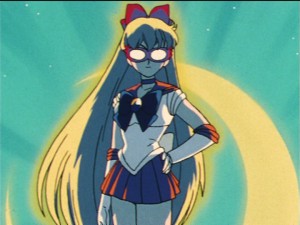 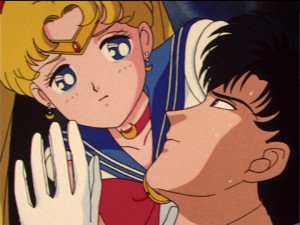 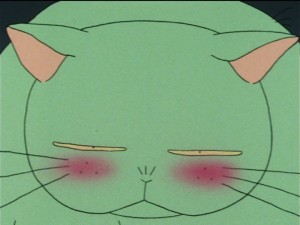 The latest two episodes of the original Sailor Moon anime have been added to Hulu and Neon Alley. As with every Monday two new episodes, subbed by Viz, are added online. This week we have episodes 31 and 32 which are two of the funniest episodes of the series. 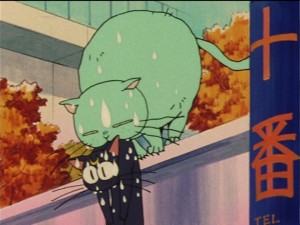 In episode 31, Love and Chased: Luna’s Worst Day Ever, we meet Rhett Butler, a fat alley cat who falls in love with Luna. The search for the last Rainbow Crystal is on and leads Zoisite and the Sailor Guardians to the house of a young girl, but it’s her cat who’s actually the final Rainbow Crystal carrier! Rhett Butler choses to protect Luna from all of the stray cats in Tokyo. Their adventures take them deep into the sewers and ultimately back to the surface where Rhett Butler turns into the monster Bakene who is still able to keep his wits and protect Luna despite his monster status, a feat that none of the human Rainbow Crystal carriers were able to do. Like many of the romances early in the series, this one is short lived and the reasons are simply because there are other plans for some characters. Artemis will be showing up in just a few episodes and so there’s just no room to keep Rhett Bulter around beyond the scope of this episode, but in the final moments it’s quite clear that Luna and Rhett Butler shared a great love. 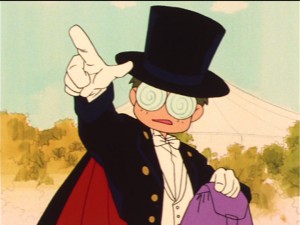 In episode 32, Umino’s Resolve: I’ll Protect Naru, we see Umino’s protective side as he suits up and becomes Tuxedo Umino Kamen. Now that Usagi has new friends it’s long overdue that Naru and Umino hook up with each other so that we don’t have to feel bad about how neglected they are! Umino is of course completely socially awkward and has no idea how to win over Naru so he asks Usagi who describes what she is into as qualities attributed to Tuxedo Mask. Umino naturally decides to dress as Tuxedo Mask and protect Naru, which is met with some apprehension but is ultimately fairly successfull. They go on a date together to see Red Man, and when Zoisite misses Naru he ends up making a monster of the Power Ranger style character who attacks everyone in site, forcing Umino to step up as protector. Once again Umino isn’t terribly effective, but his heart is in the right place, and that’s what counts. This is one romance that isn’t about to get sidetracked by some inconvenient destiny as Umino and Naru are set to have a long and happy relationship.

And here’s a funny still from episode 31: 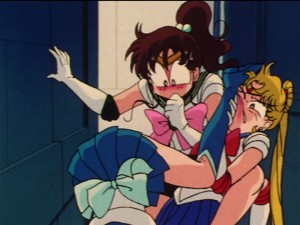 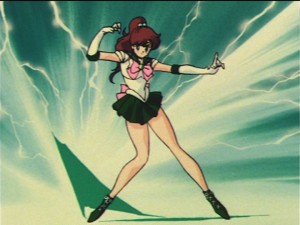 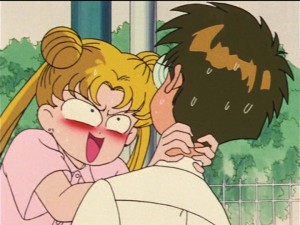 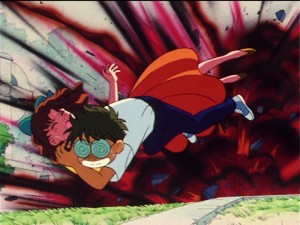