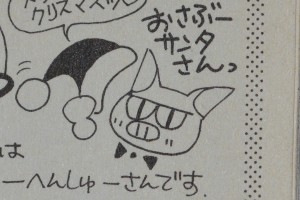 Details about the Japanese reprint of the Sailor Moon manga have been pretty vague or rather completely incorrect in the past. We had some confirmation from New York Comic Con that these rereleases would be out for Thanksgiving, a time which has long since come and gone with no manga in sight. Finally Fumio Osano, also known as Osabu or Osa-P, has posted some updates to his twitter account @osabu8 with details about the manga. Osabu’s tweets are also being translated by the @OsabuP_English account which is run by the Miss Dream site. Osabu has also been replying to some English fans over twitter, as they ask questions about the new anime. 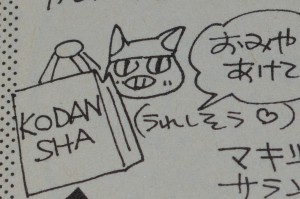 There seems to be very little changed in these new versions. It’s mentioned that the covers will be digitized and have the colours tweeked to resemble the American prints. I imagine this will not entail much of a change as the Japanese and American prints have very similar looking colours. I’ve included a photo of both side by side below. Do you see much of a difference? Similar changes will be made to the colour pages which appear at the front of each volume as well as digital retouches being made to the colour and black and white pages. The Sailor V manga is also mentioned to be in scope for this release.

END_OF_DOCUMENT_TOKEN_TO_BE_REPLACED 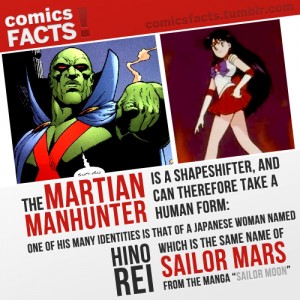 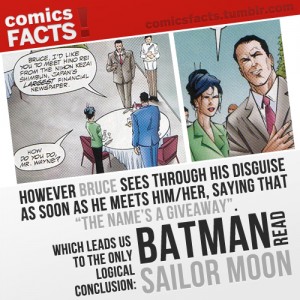 Here’s an old Sailor Moon sighting which has made a resurgence lately which insinuates that Bruce Wayne, Batman’s alter ego, reads the Sailor Moon manga, or has watched the anime.

In a 1999 issue of “Justice League of America” the character of Martian Manhunter, a shapeshifter, disguises himself as a Japanese woman and uses the name Rei Hino. When Bruce Wayne is introduced to her (him) he immediately realizes who he is because of the connection between the name and Mars. Rei Hino is the Japanese name of Sailor Mars, so it’s kind of sloppy for J’onn J’onzz to use it! For Bruce to see through this ploy though, he would have to be familiar with some specifics of the Sailor Moon manga or anime series, which means that Batman either read the Sailor Moon manga or watched the Sailor Moon anime! Check out the full page in question below.

END_OF_DOCUMENT_TOKEN_TO_BE_REPLACED 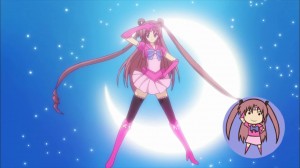 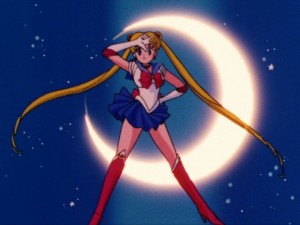 Ebiten is an animated Internet series that has also played on TV in Japan. The second episode of the show features more Sailor Moon references than you could ever hope for as the main character relives many events from Sailor Moon, transforms into Tailor Moon and breaks the fourth wall by making reference to the similarities. Not only are there references in the characters and actions in the episode but many sequences are nearly frame by frame recreations of counterparts in Sailor Moon. I’ve tried to put together a list of as many of these as possible. Fans of Sailor Moon would be best to simply watch the episode in question and marvel at the similarities. The first episode is available streaming at Crunchyroll or from NyaaTorrents.

END_OF_DOCUMENT_TOKEN_TO_BE_REPLACED 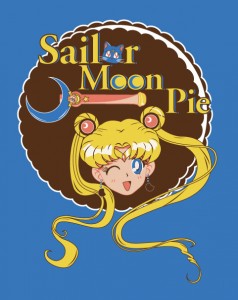 Today only at ShirtPunch you can get this “Sailor Moon Pie” shirt for just $10.

The shirt’s artist is Ashley Hay. Check out her web site to see more of her art. 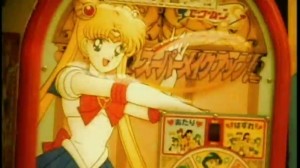 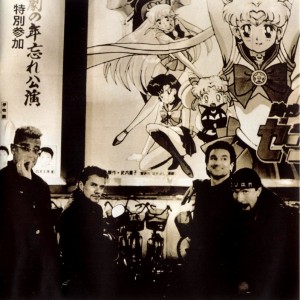