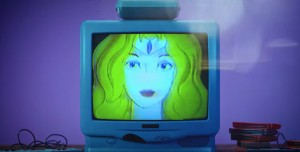 Great news for fans of the Toon Makers’ Sailor Moon series! An hour and a half documentary titled “The Western World of Sailor Moon” was released on March 15th. It explores the early days of Sailor Moon’s release in the west with a specific focus on the infamous Toon Makers’ Sailor Moon pilot, also known as Saban Moon. In this episode of Tales of the Lost Raven Simone covers the history of the pilot which we already knew but also does some research and uncovers some new information which had not previously been made public! Rather than read on and get some details you should probably set aside some time and watch the documentary via this link which is also embedded below.

All that has ever been seen of this pilot is a short music video which was shown at an anime convention as seen in this clip. Readers of this site may recall that I posted a lot about this pilot about a decade ago. At the time a number of animation cels and the script were auctioned off on eBay. I posted a lot of images of those auctions and, before I had financial responsibilities like children, spent a significant amount of money to buy some of those cels as well as the voice over and animation script which I scanned and shared on the site. 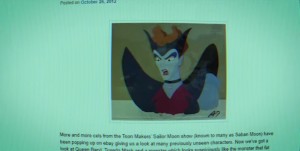 The documentary features a number of shots of the Sailor Moon News site, discusses the “Project Y” script which is found on this site and uses images of a lot of the cels I was lucky enough to get my hands on. 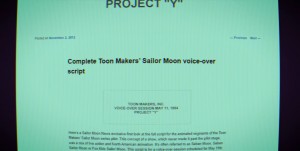 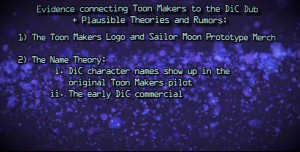 Some names may have been kept. Evidently the name Darien from the dub is similar to Darian from the Toon Makers’ series, which is noted in the script. Raven goes on to speculate that the other names which were mentioned in an early trailer for the Sailor Moon dub, those being Victoria, Blue, Dana, Sara and Carie, may have originated from the Toon Makers’ series. It’s a compelling idea which is certainly possible but I’m not seeing any hard evidence of it. There’s some interesting research about the popularity of names in the 80s and 90s but it also seems likely these names would be popular options for an Americanized dub just as much as a live action series. I’m curious to see if this line of research goes anywhere. 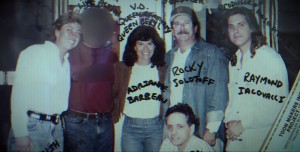 Towards the end of the documentary things get interesting with confirmation of information which was previously speculated about as well as some new completely new stuff. An interview with Lynn Walsh, who worked on the series, gives us all kinds of details which weren’t previously known. She confirms, and gives photographic evidence, that Adrienne Barbeau was in fact cast as the voice of both Queen Beryl and Queen Serenity as had been suspected. 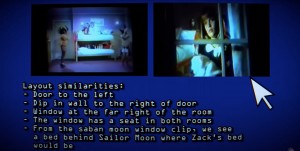 When discussing the studio where the live action footage for the pilot is shot it’s mentioned that it was shot in the same sets used for the “boarding school” in Saved By The Bell. Based on the dates and it being a boarding school suggests this is Saved By The Bell The College Years. The documentary shows some comparisons between the dorm room in the show and scenes from the Toon Makers’ Sailor Moon music video footage. Though there seem to have been some changes it seems likely these were the same sets. 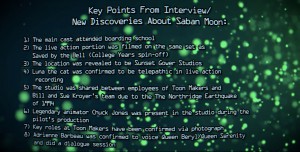 The documentary leaves us on quite a cliffhanger as Raven Simone gets an e-mail from another person in the photograph who she refers to only as the mysterious man in red. He suggests an interview with both him and Rocky Solotoff which will surely be a big part of a future video! I reached out to Raven to share with her some contact information for Tami-Adrian George, who confirmed that she was in fact Sailor Jupiter from the pilot, and she mentioned that she has a lot of additional information for a part 2 to this video. I certainly can’t wait to see what that documentary has in store!

What did you think of this documentary? What information were you most excited to learn from it?

Good news for fans of the original Sailor Moon anime who for some reason didn’t actually buy the Blu-Ray sets that came out eight years ago. Viz has a cheap season 1 set which collects all 46 episodes in Japanese and in English on six discs coming June 14th 2022. Previously Viz had released half season sets for the entire Sailor Moon series. This meant five seasons across ten sets. This new set has a more affordable price tag of $49.99, less than even half a season used to cost! Amazon has the set listed for that full MSRP while Right Stuf has it for $44.99. You can support this site by pre-ordering the set from Amazon using the links in this post.

Viz’s Blu-Ray sets aren’t the best but they’re the best we’ve got. All Sailor Moon TV series Blu-Ray discs released anywhere in the world are basically upconverted to high definition from a standard definition source using software. This means the show will never look like something which is actually an HD remaster from the film source, as many anime series have done. Viz’s release, mostly in the early seasons, didn’t look that good. I compared Viz’s Blu-Ray release to the Japanese Blu-Rays and DVDs in my review of the first Japanese Blu-Ray set. The Japanese set isn’t perfect either, but it’s nicer than Viz’s set. As the years went on the quality of Viz’s Blu-Ray sets got marginally better until the Stars set which was actually pretty good. This was probably due to a number of factors including the quality of the video masters they had available and the techniques they used in order to clear up the video. This of course raises the question of what, exactly, this set will look like. 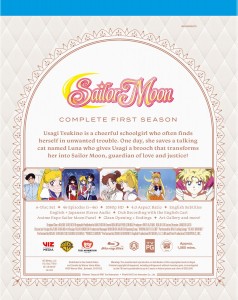 My prediction is that this set will just be exact copies of the Blu-Ray discs which were including in Viz’s first season Part 1 and Part 2 sets. Same menus. Same special features. Same marginal video quality. If that’s the case it’s a decent deal if you don’t have these already. It’s evidently a great series and this is your best way to watch it in English or in Japanese with English subtitles. When I watch my Star Trek The Next Generation or Deep Space Nine full series sets whenever I pop in the first disc of a season I get ads for the previous season set, which was included with the set I already bought. This happens because they didn’t author new Blu-Ray discs. They just reproduced more of the discs they had already authored and put them in a bigger box. We don’t know for sure that this is the approach that will be taken here, but that would be my guess. That’s common for rereleased movies and series. There is one bit of evidence which suggests that we may actually be getting reauthored discs. The Right Stuf listing mentions an interview with Katsuyuki Sumisawa as a special feature. As this wasn’t on the original release this would mean at least one disc, potentially all of them, is potentially going to be new. 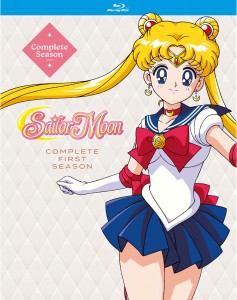 It’s possible that Viz will go back to their source material and redo the video in better quality. It’s also possible that they’ll use other masters like the higher quality Japanese Blu-Ray releases or some of the other Blu-Ray releases which have been coming out around the world since 2014. They might also take some high quality masters and use newer technology like AstroRes to get the best possible HD version software algorithms can give! This is possible. I think it’s somewhat unlikely. If this were the case then there would be good reason for a fan to want to repurchase these sets in better quality. Personally I’ll be waiting until confirmation of what these sets are like before I decide whether or not to purchase the series again. Getting the same discs in different boxes isn’t enough of an incentive to me, if that’s what this set is. Getting new discs with similar video quality would also not be a terribly enticing release. 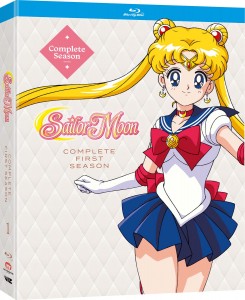 Here are some details about this release from the Right Stuf web site:

Usagi Tsukino is a cheerful schoolgirl who often finds herself in unwanted trouble. One day, she saves a talking cat named Luna who gives Usagi a brooch that transforms her into Sailor Moon, guardian of love and justice!

The special features listed are more consistent with what we got in the older sets except for the Katsuyuki Sumisawa interview.

Will you be picking up this set? 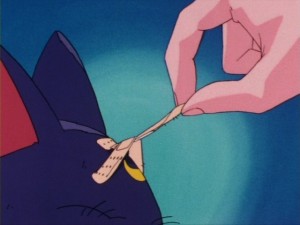 On March 7th 1992 the first episode of the original Sailor Moon anime, The Crybaby: Usagi’s Beautiful Transformation, aired on Japanese television. The show quickly became a hit not only in Japan but worldwide and now 30 years later the franchise lives on!

I certainly didn’t start watching the show until a few years later when it started airing on English TV here in Canada after which I became a fan quite early on. How about you? Are you doing anything special to celebration this milestone?