The Sailor Moon manga was first published in the pages of Nakayoshi on December 28th 1991. This was over 30 years ago. What does this mean for a franchise that still carries branding related to the 25th anniversary? Will new Sailor Moon Crystal be announced soon? I expect we may eventually be seeing updated “30th Anniversary” branding for the official Sailor Moon site and the brand in general. When this might occur isn’t evident. The “25th Anniversary Project” was announced in January of 2017. At that time they teased new episodes of Sailor Moon Crystal which eventually came out as Sailor Moon Crystal’s 3rd season. Prior to this the 20th anniversary event took place in July of 2012. It was at this event that Sailor Moon Crystal was originally announced. Based on this it seems likely that Sailor Moon’s official “30th Anniversary” would be celebrated in Japan in the year 2022, which is the year in which the Sailor Moon anime originally aired. The first episode of the series aired on Japanese television March 7th 1992. There’s more value for the franchise to expand the event beyond any since day to the entire year or, as we’ve seen, an ongoing five year long celebration. 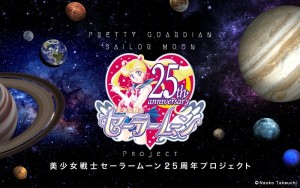 We are all anxious to hear confirmation of a Stars arc of Sailor Moon Crystal and I do hope this will be announced in the next few months. Considering that we are approaching ten years since the series was first announced and that we’ve had four story arcs over this decade, patience is certainly warranted. We deal in months and years, not days and weeks, when it comes to Sailor Moon Crystal news! It’s likely we’ll have the manga’s story wrapped up before the 35th anniversary at this pace, but I wouldn’t bet on much more than that!

The next time you run into someone who’s under 30 just remember that when they were born Sailor Moon already existed.

What’s your bet for when a new season will be announced and when we might see it? I’m thinking teased in January along with a 30th anniversary logo, confirmed at an event for Usagi’s birthday in the summer and released in 2023! This is just a guess on my part. Perhaps I’m being optimistic!

END_OF_DOCUMENT_TOKEN_TO_BE_REPLACED 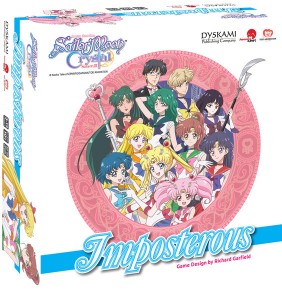 Update 2021-12-15: Dyskami Publishing has mentioned via Twitter that the game has been delayed a few months due to supply chain issues so we should not expect it by January 31st. They have also mentioned that the game play is similar to that of Hive Mind by Calliope Games.

A new Sailor Moon Crystal board game is coming from Dyskami Publishing. The game, called Sailor Moon Imposterous, is listed on the Right Stuf web site with a release date of January 31st 2022. Despite this listing which includes box art the game has not yet been announced on the Dyskami web site or any of their social media pages.

MSRP for the game appears to be $39.95 US. From the description and box we can see that this game is based on Sailor Moon Crystal Season III, even though the Sailor Moon Eternal films have been released since Dyskami last released a Sailor Moon game. The following details are available from the manufacturer:

The Deathbusters have captured someone from the Sailor Guardians team and replaced them with a Daimon imposter! Fortunately, Luna and Artemis discovered their evil plot and now everyone must work together to identify the pretender. By asking the characters a series of questions and then comparing the answers for ones that don’t align with the rest of the group, the cats can unmask the imposter and direct the rescue of the captured team-mate before it’s too late.

It’s hard to tell any specifics about the gameplay from that summary. Let’s hope that Dyskami Publishing releases more details about this game prior to its release.

Dyskami previously released the Sailor Moon Crystal Dice Challenge game in 2018 and the Sailor Moon Crystal Truth or Bluff game in 2019. I was quite happy with both of those releases from the company and look forward to getting this new game. As the company is based in Canada I hope to be able to order directly from them as was an option in the past.

Do you plan on picking this game up? What did you think of the other Sailor Moon Crystal games by Dyskami?