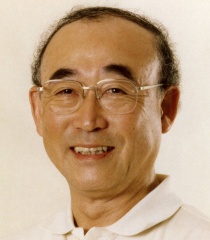 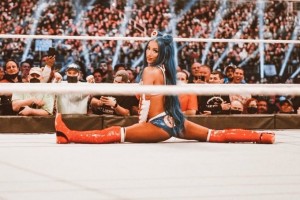 Mercedes Varnado, who goes by the stage name Sasha Banks as a WWE Wrestler, wore a Sailor Moon inspired outfit on Saturday’s Royal Rumble event. If there was any doubt about the inspiration she later tweeted a photo of herself in the costume with the caption “Sailor Boss”. Watch her entrance in this embedded Tweet from the WWE account.

Born in 1992 she shares a birth year with the original Sailor Moon anime and recalls watching the series at a very young age when it played on TV around 6am. Though I watched Sailor Moon in Canada where it played throughout the day at popular times I also watched the series around 5:30am and 6am on UPN 38 and WPIX back in the mid 90s. She spoke about this in an interview with comicbook.com. 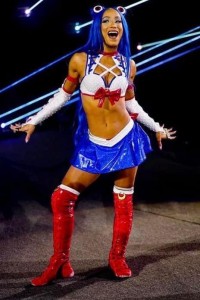 “My first thing wasn’t Star Wars, it was Sailor Moon. When I was maybe like five years old, I started watching Sailor Moon, and I had no idea of what time was or anything. It always came on at 6:00 AM in the morning, but I would stay up all night just because I would know it would come out sometimes dark, sometimes in the morning, I had no idea. But I had to stay up and watch my Sailor Moon because I thought I was just like Serena,” Varnado said. “I was a meatball head, I was clumsy, I was always late for school, and she really taught me how to believe in myself, my own powers, and the powers of the universe and the moon. So still to this day, she is my favorite and I can’t believe how much she’s played a role in my life.” 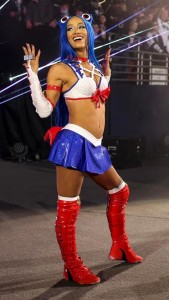 Are you a fan of Wrestling and Sasha Banks? What do you think of her costume? 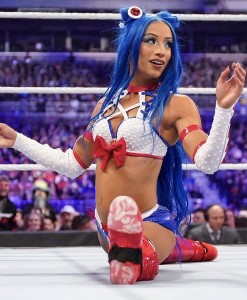 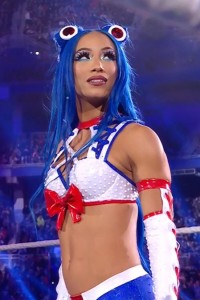