Viz’s Sailor Moon panel took place today at Anime Expo in Los Angeles. You can watch the stream of the event at Ustream. The main announcement that took place was the cast of Viz’s new dub of Sailor Moon S. Though most of the cast appeared in earlier seasons the new characters who’s voices were announced were Sailor Uranus, Sailor Neptune, Sailor Saturn and Professor Tomoe.

The new cast, all of whom were in attendance, are listed below:

We previously mentioned that Erica Mendez would be appearing at Unplugged Expo July 31st to August 2nd in Toronto based on her role as Reika. Now that she’s been cast as the voice of Sailor Uranus fans of Sailor Moon will have another reason to meet her.

There was more announced at this event. We’ve learned that there will be another Moonlight Party on July 17th. This will coincide with the release of the English dub of the second half of Sailor Moon R on Hulu.

A clip of the English dub of Sailor Moon Crystal was shown, and can be seen at the 41 minute mark of the stream. The first two episodes will be premiering at Anime Expo today at 6pm Pacific Time, which is 9pm Eastern Time. 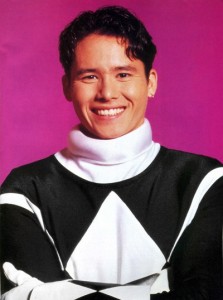