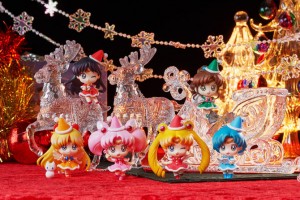 Merry Christmas and a Happy New Year! Nearly 5 months before actual Christmas Bandai enveiled these Christmas themed Sailor Moon Petit Chara figures at Wonder Festival 2015. These variant figures of Sailor Moon, Mercury, Mars, Jupiter, Venus and Chibi Moon are in their Sailor Guardian forms but with Santa Claus hats and outfits matching their colours. In addition many of the Sailor Guardians have a special item. Sailor Mercury has a book of carols. Sailor Mars is holding a candle. Sailor Jupiter has a bag of gifts. Sailor Venus has angel’s wings. A mini Artemis which resembles a small snowman accompanies Sailor Venus, though no Luna appears to be included in this set. 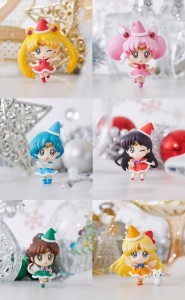 Why now? Why not at Christmas time? Well the toys will actually be released in November, they’re just being announced now. Wouldn’t these toys make great Christmas decorations? 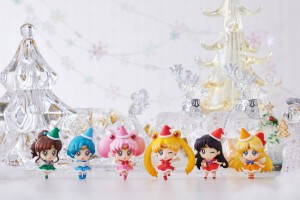 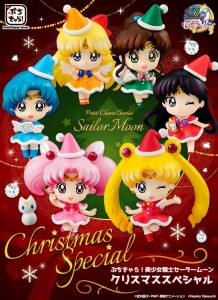 Keep reading for individual photos of the figures.

END_OF_DOCUMENT_TOKEN_TO_BE_REPLACED 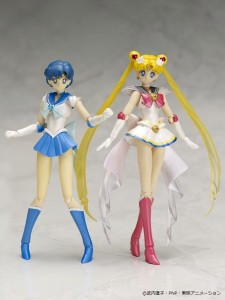 This past weekend, on July 26th, the Super Sailor Mercury S. H. Figuarts figure was revealed at the Wonder Festival 2015 Summer in Chiba, Japan. This was also announced on the official Sailor Moon site. Super Sailor Mercury does not differ greatly from regular Sailor Mercury. The differences are the little semi transparent flaps on her shoulders, a heart shaped gem in the middle of her bow to replace the round one, a star on her choker, a larger bow on the back of her skirt and three ear rings per ear instead of one.

Previously Super Sailor Moon had been announced but this is the first of the other Sailor Guardians to be revealed in their powered up forms. One would expect that, following this figure’s release, the rest of the Sailor Guardians will also be released in Super forms. If the original release schedule is any indication we will next be getting Super Sailor Mars followed by Super Sailor Venus, then Super Sailor Jupiter. While it would certainly preferable to get more unique characters at this point instead of slightly different releases of existing characters, this certainly makes some sense from a business point of view. It’s a lot easier from a manufacturing and design aspect to make a new Super Sailor Guardian body mold and use mostly unchanged head and face molds from existing figures than to make entirely new figures that do not resemble any others.

There is currently no release date for Super Sailor Mercury though we can expect that this figure will be priced similarly to already released figures. You can buy some of these figures from Amazon using the links below. 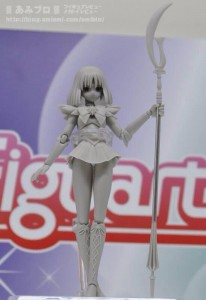 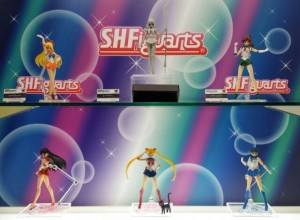 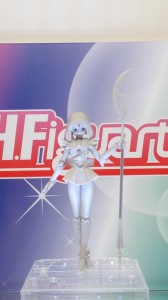 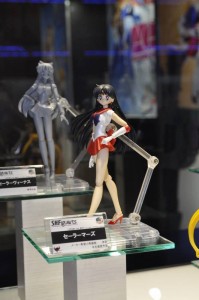 The colour version of Bandai’s S. H. Figuarts figure was unveiled last weekend at Wonder Festival 2013. We don’t really have more details about this figure at this point but the price should be similar to the Sailor Moon and Mercury figures which we already know more about. 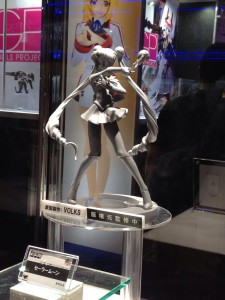 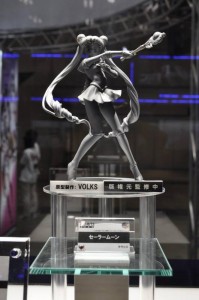