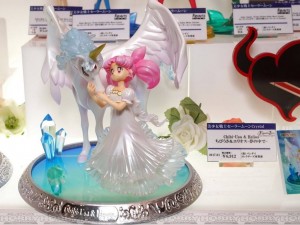 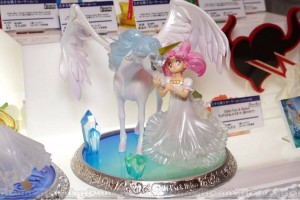 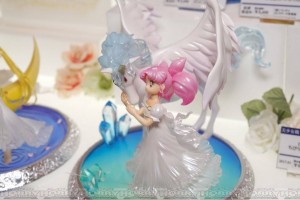 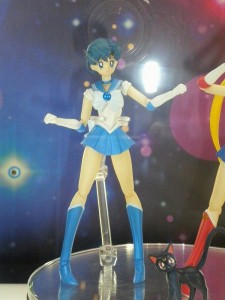 The Sailor Mercury S. H. Figuarts figure has been revealed at Tokyo International Toy Show 2013. We previously only got a look at the grey prototype figure so it’s a real treat to finally see what the completed figure will look like. 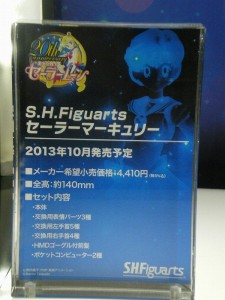 Along with this better look at the figure we also get a bit more information about it from the display, none of which is terribly surprising. The price will be 4410 yen, which is about $47 US and it is 140mm (5.5″) tall. This is the exact same price and size of the Sailor Moon S. H. Figuarts figure. The figure will be released in October of this year.