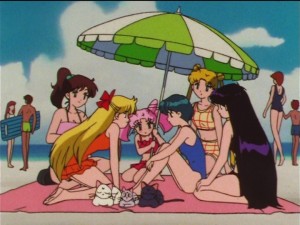 This week on Sailor Moon SuperS we get a couple of funny episodes that are all about romance. With this morning’s addition of episodes 144 and 145 to Hulu and Neon Alley we get Shingo’s final appearance as a pimp who falls in love with Ami and then it’s all about fat shaming Usagi as she tries to be a ballerina. 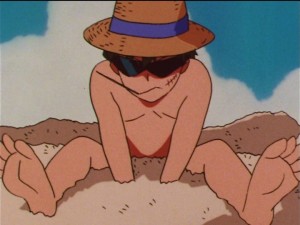 Episode 144, Shining Summer Days: Ami Under the Sea-Breeze, ships Ami and Shingo. Isn’t Shingo great? Wasn’t it fun when they shipped him with his sister in the first season? We’ve come a long way since then as Shingo is now going after Ami! This is sadly the last time we see Shingo in the series. He was a fairly prominent character in the first season, having a smaller role in Sailor Moon R and since being seen only very occasionally. This is a good final episode for him with some great moments, such as where he pretends to be a pimp in order to discourage gentlemen callers from hitting on Usagi and her friends at the beach. When Ami shows up Shingo suddenly gets excited and needs to run off. Why is this? Perhaps he, in nothing but his bathing suit, feels that there is a level of excitement that he can’t quite hide. Tiger’s Eye tries to hit on Ami and as usual doesn’t do so well. He takes it quite poorly when Shingo seems to be the one getting in his way. He tries to drown him, expecting Ami to simply ignore him, but that doesn’t work and we get an excuse for a little Ami and Shingo mouth to mouth. This is yet another swimsuit episode. We seem to get about one a season so this is what we have for SuperS! One interesting relationship in this episode is Shingo and Chibiusa. Shingo doesn’t know that Chibiusa is his niece. Presumably he doesn’t die in the next 6 or so years and will actually properly get to be her uncle. He believes her to be his cousin but treats her more like a sister as they are living together. All around this episode is good for some laughs. Shingo was always a great character and it’s too bad we won’t be seeing him anymore. 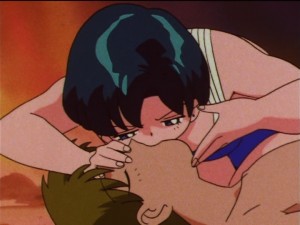 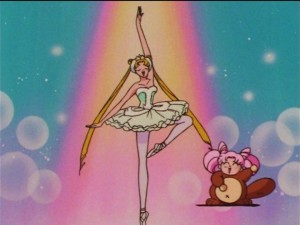 Episode 145, Become a Prima: Usagi’s Ballet, has Usagi and her friends trying out ballet. The centres around a performance of the ballet Giselle. The target is a ballet teacher Yamagishi and his Prima Ballerina Kiriko who inexplicably looks a lot like Naru. He wants her to be Giselle but thinks she is missing something. Enter Fish Eye, in drag once again because Yamagishi is straight, blowing everyone away with his ballet moves. It seems like Yamagishi has picked him to be Giselle but it turns out this was more of a weird semi cruel motivational tool to get the most out of Kiriko. A recurring theme in this episode is fat shaming Usagi, who is ridiculously skinny. It’s like the way Usagi is animated doesn’t match the way she is actually supposed to look in the narrative in the show. Or perhaps it’s just logistics that in a show where everyone is equally skinny no one is actually skinny since it’s the new normal. Either way, Usagi has little bits of fat which do a sort of muffin top thing over a tutu whenever she wears one. Chibiusa teases her about this at first which is funny because as Usagi’s daughter she has already made changes to her waistline in the future. Later in the episode the monster puts a Tutu on the two of them and the waistline problem is pointed out again. Mamoru even notices the weight gain as he’s accused of being too slow to save them. There’s just nothing good about any of this. It’s a negative attitude that tells viewers that they need to be really skinny and I just don’t like it. 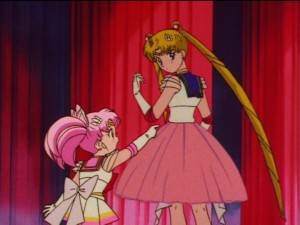 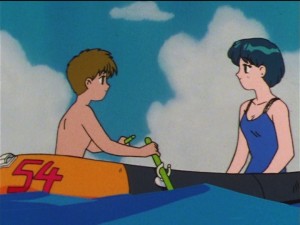 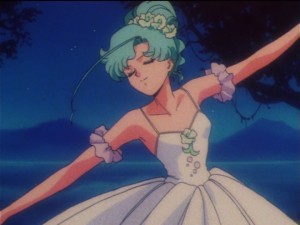 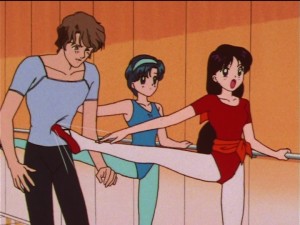 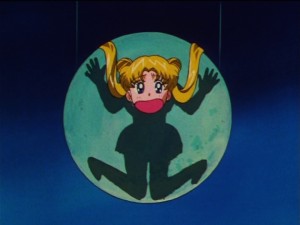