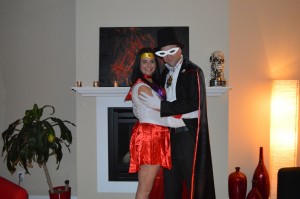 It’s Halloween weekend and this year I put together a Tuxedo Mask costume modelled after his new costume from Sailor Moon Crystal while my girlfriend dressed up as Sailor Mars. The Tuxedo Mask costume is mostly made from scratch and with modified second hand clothing though a normal suit is used as the base. The Sailor Mars costume is pre made though some modifications were done to make it reflect Sailor Moon Crystal designs. If you made a costume of a Sailor Moon character for this year’s Halloween let us know about it in the comments on the blog, Facebook, Twitter or Tumblr. 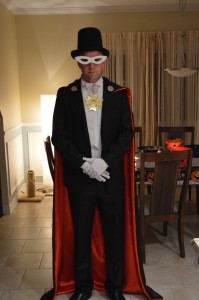 While I realize the coupling of Sailor Mars and Tuxedo Mask is not canon in Sailor Moon Crystal this relationship is legit in the first season of the original Sailor Moon anime prior to Sailor Moon stealing Tuxedo Mask from Sailor Mars due to pesky destiny. I’ll never stop shipping these two. 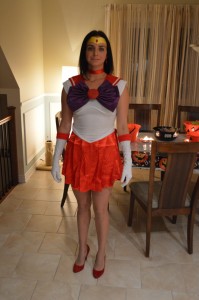