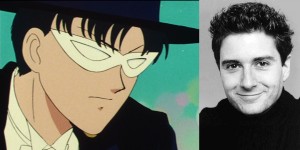 Great news for Florida Sailor Moon fans! Rino Romano, who was the original English voice of Tuxedo Mask, will be at Anime Festival Orlando 14 this coming weekend, August 16th to the 18th. The convention is only a few days away but you can still register online or at the door. 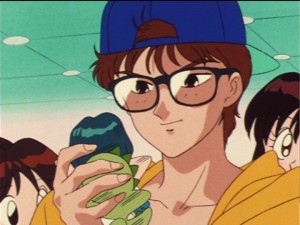 Rino Romano did not voice Tuxedo Mask for a terribly long time but he was the first! He voiced Tuxedo Mask or Darien for a total of 12 episodes. He voiced him in the first 11 episodes as well as voicing just Darien in the first episode of Sailor Moon R which was recorded out of order as a sort of pilot. He also voiced Game Machine Joe who was a guy with telekinetic abilities due to having the first rainbow crystal inside of him. Yes, this is a big deal for all of those rabid Game Machine Joe fangirls! Does he look like your old boyfriend? With that playing by his own rules attitude about super powers, backwards ball cap and tight fitting high waisted acid washed jeans! He could pass for a proto hipster with those black rimmed glasses! I hope all the Game Machine Joe cosplayers have got their Real D 3D glasses set aside for this con!