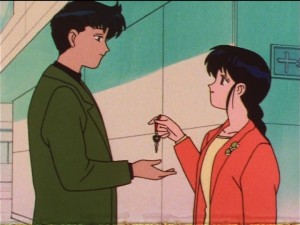 The two latest episodes of Sailor Moon SuperS have been added to Hulu and Neon Alley. Episodes 138 and 139 are full of sadness as a widow tries to fix her husband’s old car and a young swordswoman is beat up repeatedly by her mother. 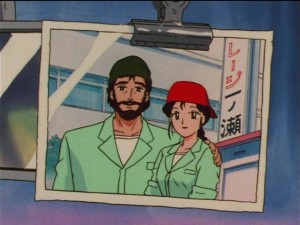 Episode 138, Drive to the Heavens: The Dream Car Fueled with Love, once again tries to make us think Mamoru is being unfaithful! Usagi and the audience should learn by now. Ami sees a woman give him a set of keys. What is this? Her house keys? A hotel key? No. They’re just keys to a car which she is trying to fix up. Natsumi is a widow and before his death her husband was trying to fix up this old car. She wants to fix it now but needs some help, which is where everyone comes in. There is no reason to suspect Mamoru of wrongdoing but of course Usagi gets jealous because that’s what she does. He’d need to die for her to stop constantly doubting him. Natsumi’s husband had a beard so Hawk’s Eye has the perfect plan to win her heart! A beard! This fails naturally and Chibiusa gives him a piece of her mind. 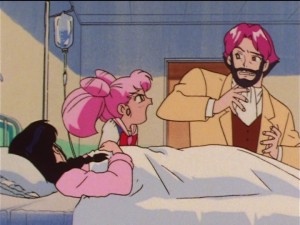 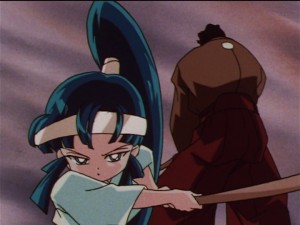 Episode 139, Aiming for the Top: the Pretty Swordswoman’s Dilemma, is about a young girl who is trying to be the best in the world with a sword! Miharu hangs around in the park fighting challengers which seems to go well until someone comes by and gives her a serious whooping. To complicate things further this is actually her mother! What a family. This seems to be her tough love sort of approach to get her to come back home. Miharu pretends to be strong but is quite upset by all this, masking her tears by chopping onions and blaming them. Whenever I’m chopping onions I think of this scene and, in the opposite way, pretend to tell a tragic story to make my tears seem genuine. Tiger’s Eye, always one to target younger women, goes after Miharu in this episode. Though her age is not outright stated she appears to be younger than any of his previous targets. Ultimately Miharu confronts her mother again but instead of beating her straight out in combat she leaves a small trap for her and beats her that way. Somehow this seems to have solved all of the family’s problems. 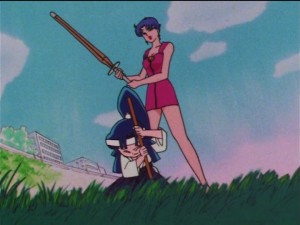 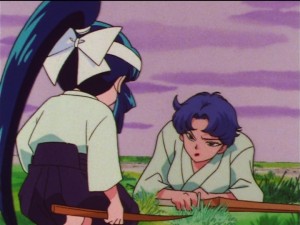