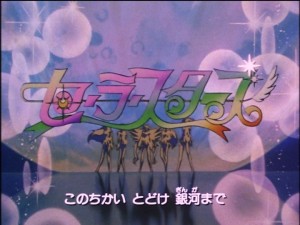 At long last the final season of Sailor Moon, Sailor Stars, will be released in the United States of America. This season, released in Japan way back in 1996 was never dubbed into English and was never released on video in English speaking North America. Hulu and Neon Alley have been releasing the original Sailor Moon anime series subtitled at a rate of two episodes per week and we will finally be getting the fifth and final season on Monday December 14th. It was not clear whether or not we would see the episode on the 14th or 21st, as the current schedule would have the final episode of Sailor Moon SuperS, episode 166, playing on that day. Viz has a precedent of only including the final episode of the season on one day so as to not break up the season. We now have official confirmation, from the Neon Alley schedule for the month of December, that episode 167 will indeed be released on Monday December 14th. The schedule does note that the “Start of Sailor Moon Sailor Stars” is on the following Monday, with episode 168, which is actually the second episode of Sailor Stars. There is still the possibility that someone has made the mistake with this schedule and that episode 167 will be held off until the 21st but at this time the schedule does indicate that episode 167 will be December 14th. 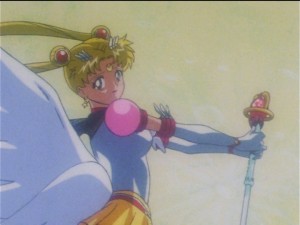 Fans who have not seen Sailor Stars before will be excited to see Eternal Sailor Moon, the return of Sailor Uranus, Neptune, Pluto and Saturn as well as the Sailor Starlights and many more. It will still be a while until they all show up though as the first 6 episodes of the series are sort of like a follow up to Sailor Moon SuperS, giving us more closure on Queen Nehelenia. Sailor Uranus, Neptune and Pluto will show up right away as Sailor Saturn is also brought back into the fold. This conveniently brings the story back in line with how the Dream arc of the original Sailor Moon manga left off with the whole group together. Sadly Chibiusa and Tuxedo Mask won’t be around for long, so enjoy them while you can. 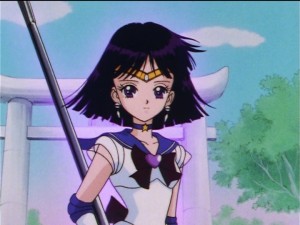 What new character are you most excited to see? Sailor Iron Mouse? Princess Kakyuu? Sailor Chibi Chibi? So many to chose from!

2015-12-06 Update: The original article title and content stated that this was the first release of Sailor Stars in North America. While Sailor Stars was never released in the US and Canada, it was released in Mexico which is part of North America. I often use the term North American when referring to the series because I am a Canadian so in many cases specifying United States of America is not the whole story. In this case however, Hulu is still not available to Canadian Sailor Moon fans and so the series is really only being officially released in the United States. Canadians may use a proxy to watch Hulu, as I have been doing, but this isn’t an official release. The original French dub of Sailor Moon also did not included Sailor Stars and only a small part of what was seen in France was ever broadcast on Canadian television. Sailor Stars will likely remains unreleased officially in Canada until either some streaming option can be made available or until the home video release for Stars makes its way here.

Thanks to reader Julian for the note about Mexico.