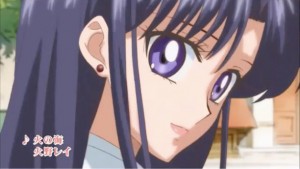 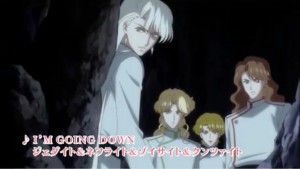 Hisako Kanemoto as Ami Mizuno performing “A Touch of Rain”.

Shizuka Ito as Minako Aino performing “Because the Sky Makes My Heart Fly Away”.

Kenji Nojima as Tuxedo Mask performing “Moonrise of Your Eyes”.

All of the Sailor Guardians perform on the final track “Revolution Night and Day” was included in the last post.