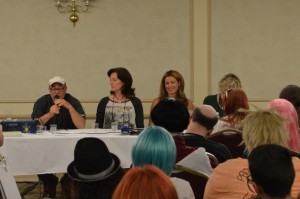 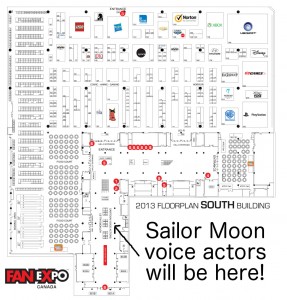 There are no autograph sessions listed for any of these actors. The Sailor Moon guests have spots at a table in a hall on the same floor at the Expo Hall. If it’s anything like last year attendees will be free to approach them for autographs throughout the weekend while they’re at their tables. Check out the area that says “Cartoon Voice Actors” on the floor plan to find your favourite Sailor Moon star. 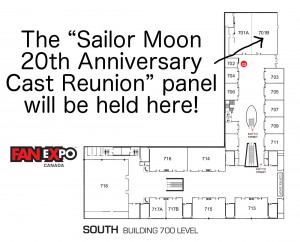 The panel will be taking place in 701B which you can see from the floor plan is located one floor up from the main expo hall at the far end of the hall with the main elevators.

I hope to see you at the convention.

One thought on “Fan Expo’s Sailor Moon panel will be at 2:30pm on Friday August 23rd”