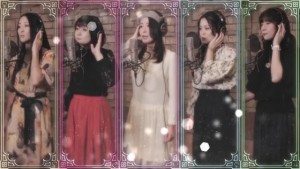 A longer video showing the Sailor Moon Eternal theme song Moon Color Chainon which includes the voices of the Sailor Guardians singing has been shared on YouTube and the Official Sailor Moon Site. You can watch the video embedded below. 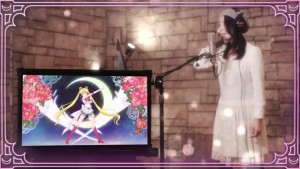 All four members of Momoiro Clover Z as well as the five voice actors appear in this video. The close up shots are all of the members of Momoiro Clover Z while the shots of women standing in front of a brick wall with a TV screen are of the voice actors. You can tell who is who by the colour of the border around the image and of course the character shown on screen while they are singing. 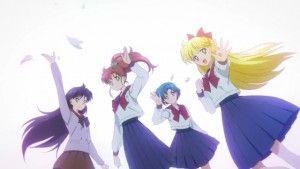 The video also includes clips from the Sailor Moon Eternal films. Some of it is new and some of it we’ve seen before. I’ve included some screenshots of the new footage in this post. 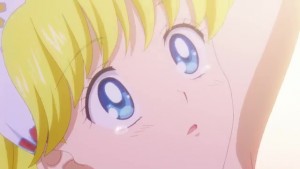 Sailor Moon Eternal Part 1 will be released in theatres in Japan on January 8th with Part 2 following the next month on February 11th. Though no date or specifics have been announced it seems likely that the English version of the films will be streamed on Netflix. 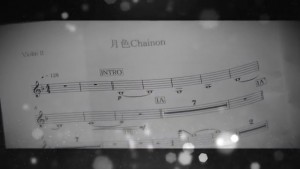 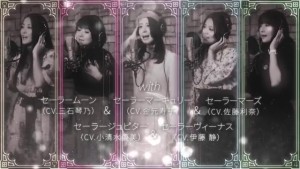 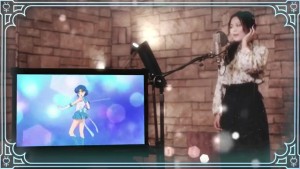 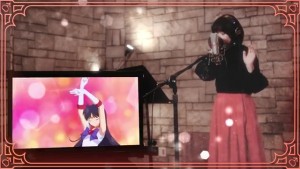 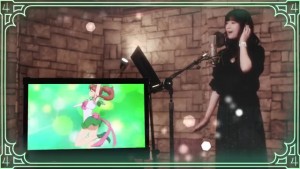 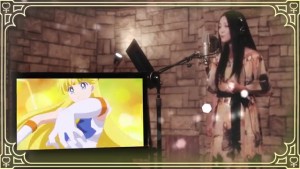 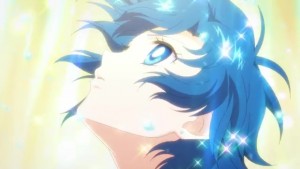 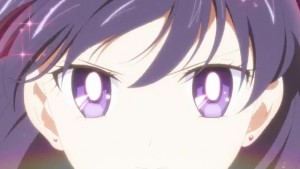 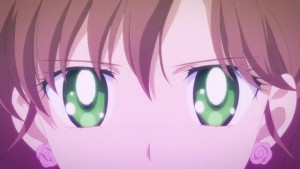