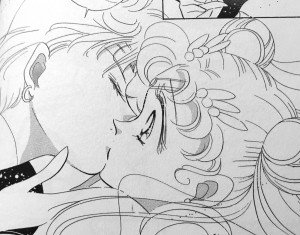 The next new episode of Sailor Moon Crystal will air in Japan on Monday April 25th at 11pm Japan Standard Time. It will be available to stream on Crunchyroll, Neon Alley and Hulu immediately afterwards starting Monday morning at 10:30am Eastern Time, 7am Pacific Time. Act 29, Infinity 3 – Two New Soldiers, has Sailor Uranus kissing Sailor Moon and these two are definitely not cousins! The villain this week is Mimete of the Witches 5 5 and she’ll be facing off against Minako. 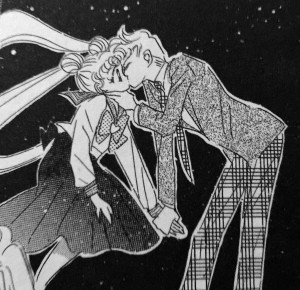 Readers may notice the lack of screenshots despite the fact that a preview for Act 29 was no doubt included with Act 28. Since I’m traveling this week I scheduled this post ahead of time, prior to the release of Act 28, and used some images from the equivalent manga chapter as teasers. I’ll try to get updated with all of my reviews soon enough.