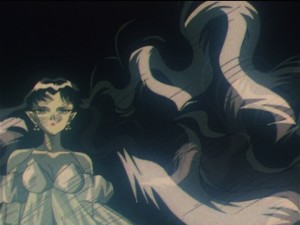 The two latest episodes of Sailor Moon SuperS have been added to Hulu and Neon Alley this morning. This week with episodes 162 and 163 we have some very story rich episodes that delve into the origins of Queen Nehelenia, the Dead Moon Circus, Elysion, Helios and all that stuff as the Golden Mirror is revealed and the Sailor Guardians are captured. 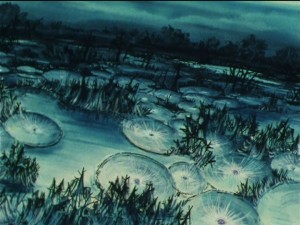 Episode 162, The Source of Darkness: Dead Moon Circus, gives us some backstory we’ve been waiting for. Pegasus does a bit of exposition and explains that the Dead Moon Circus and Nehelenia destroyed Elysion, his home, looking for the Golden Crystal which is actually his horn. The Golden Crystal is this all powerful thing that can destroy planets and cause all sorts of problems if someone evil gets it. Sound familiar? There are vines starting to grow around the city and as we’ve seen, Mamoru is dying. The girls fight their way past a bunch of Lemures to get into the tent. Finally the Golden Mirror, and therefore the person who’s dream Pegasus was hiding in, is revealed to be Chibiusa! We pretty much knew this and Fish Eye told us straight up in case there was any confusion. Sailor Chibi Moon gets her Golden Mirror removed and tries to put it back in with no success. To be continued. 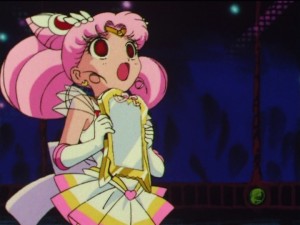 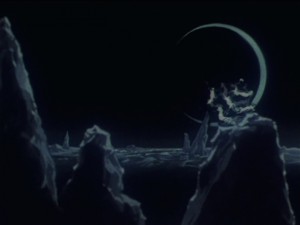 Episode 163, Labyrinth of Mirrors: Chibi Moon Captured, gives us even more backstory than the last episode! We get the scoop on Queen Nehelenia. Back in the day she observed the White Moon from… another Moon? Wait what? Now we know that there is just one Moon around the Earth so what exactly is going on here? Are we to believe that there used to be a second Moon or is it just that this second Moon is somehow not visible to us because it’s like… Dark? It’s best not to try to tease out the astronomical implications of this. A large Moon sized object rotating around the Earth would be very detectable not only because of its gravitational effects on objects in our system but also because of its ability to mask other objects, such as stars. The Dead Moon is sort of like the Moon when it is eclipsing the Sun, but showing it as a second celestial body is a bit odd. Anyway Nehelenia is into Helios and covets his Goidlen Crystal, but she’s evil so that doesn’t work out. Elysion is shown to have architecture reminiscent of ancient Greece, not unlike that seen in Silver Millennium, though the timeline is not specifically stated. Nehelenia has Chibiusa captured and tied up so the Amazoness Quartet, who can’t manage to obey anyone for long, bust her out by replacing her with a rag doll. They try to put a bridle on Pegasus to tame him as a pet, but this causes him to start a massive fire and all sorts of bad things happen. Meanwhile the Sailor Guardians are seduced with mirror like copies of themselves that are really Ziriconia. How fitting since she’s sort of like a mirror version of Nehelenia. The Amazoness Quartet get busted too and are themselves stuck in mirrors. Looks like everyone is trapped and all hope is lost! 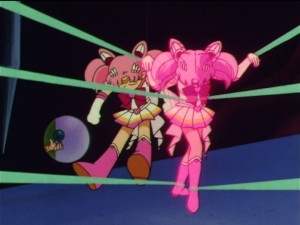 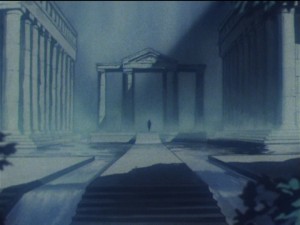 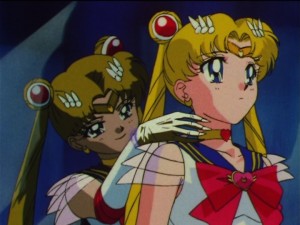 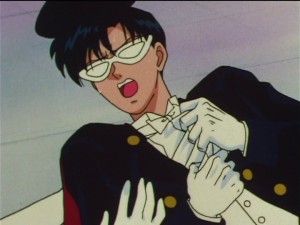