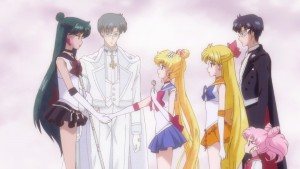 This good Friday, March 25th, the latest English dubbed episode of Sailor Moon Crystal will be added to Hulu and Neon Alley. In Act 20, Crystal Tokyo – King Endymion, the gang arrive in the Crystal Palace of the future and meet the ghost/hologram of King Endymion. What’s more there’s a big revelation! We will finally learn who Chibiusa’s parents are. Who do you think it will be? Rei and Mamoru? Luna and Artemis? Sailor Iron Mouse and Rhett Butler? It could be anyone!! 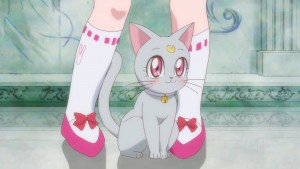 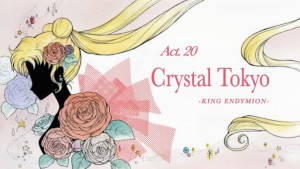