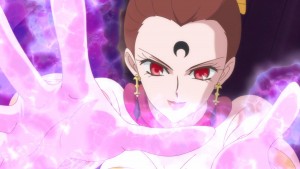 The next English dubbed episode of Sailor Moon Crystal will be available to view on Hulu and Neon Alley this Friday at 9pm Eastern Time. Act 18, Invasion – Sailor Venus, has Sailor Venus facing off against the final Spectre Sister Calaveras who uses antiquated DVDs in her evil plot. They must be cheap 480i DVDs like the Sailor Moon musicals use! 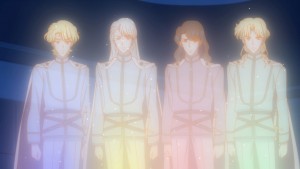 We’ll see the Shitennou as good guys this week. Mamoru summons them from the gems he keeps. Too bad we couldn’t see more of them in Sailor Moon Crystal, after being kept around for a somewhat anticlimactic ending. 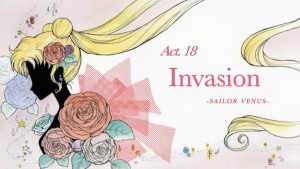