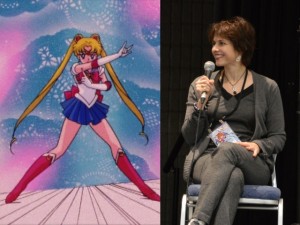 This weekend at Con Bravo it was announced that Terri Hawkes, the voice of Sailor Moon, will be a guest of honour at Unplugged Expo in downtown Toronto this October 26th and 27th! Check out the announcement video below!

While Terri Hawkes is not the only person to voice Sailor Moon she is the most known to many fans. She did the voice for most of the episodes of the first two seasons which were widely aired in Canada. This will be Terri Hawkes’s second convention appearance this year. We caught up with her at G-Anime in Gatineau in January. Be sure to check out that interview.

Registration for the convention is now open. If you register now you’ll save 50% off of the at the door price with a weekend pass for just $15. Check out the Unplugged Expo Facebook Page to stay up to date with all the latest about this convention.