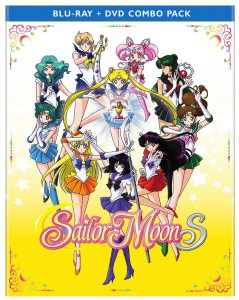 We finally have a specific release date for Sailor Moon S Part 2 and it just squeaks in to Spring on June 20th! The DVD and Blu-Ray sets are up for preorder on Right Stuf and these include a June 20th release date. The DVD set has an MSRP of $39.99 while the Blu-Ray is priced at $69.99. Right Stuf has them for $35.99 and $62.99. We also have a good look at the box art including the back which has details about the release. 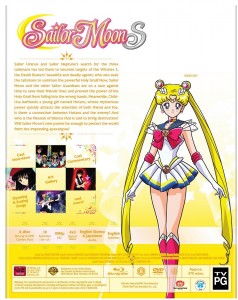 We’d previously learned from Viz’s Moon Panel at Anime Boston that we’d be getting the sets in June but we didn’t have a specific release date until now. Sailor Moon S Part 2 includes… well the second half of Sailor Moon S. This covers episodes 109 to 127 which concludes the story of Hotaru, the Death Busters and all that fun stuff. It includes Japanese audio as well as Viz’s new English dub of the original Sailor Moon anime. This will be the first time these episodes are heard in English as Viz has no longer been releasing episodes in an effort to promote their home video releases as they’d done in the past. 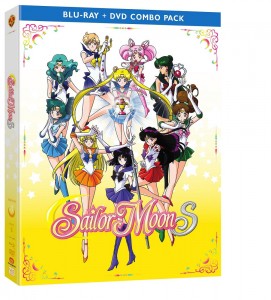