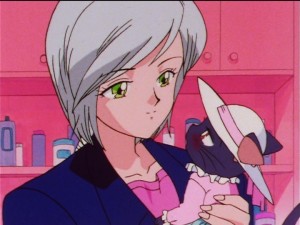 The two latest episodes of Sailor Moon Sailor Stars have been released on Hulu and Neon Alley. Episode 178 and 179 were accidentally released early last Thursday but were taken down after a day, returning once again this morning. This week we get a great Yaten episode and a so so Taiki episode. I hope everyone loves shipping Luna with Yaten!! 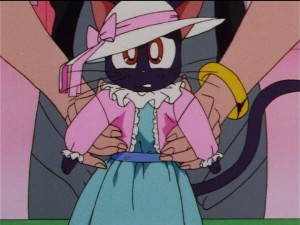 Episode 178, Luna’s Discovery: The Real Face of Yaten, is an episode in which I don’t believe Luna actually learns that Yaten is Sailor Star Healer as the title seems to insinuate. It is possible that the title is not a reference to Luna learning Yaten’s secret identity but instead seeing his true self under the hard exterior he puts on. More on that later. This episode is all about shipping Luna and Yaten! What a lovely couple! We know that Luna is into humans from the Sailor Moon S movie. We can also infer from her jealousy of Artemis and the Nun she thought he was into as being a further sign of her acceptance that cats can be attracted to humans. When Luna goes missing it turns out that she’s been with Yaten, living the good life, riding around in limos, overhearing conversations about their mission that don’t reveal a ton. Yaten is shooting a movie with a really terrible woman name Noriko Okamachi, an actress who is always carrying around her persian cat. She hits on Yaten but is quickly shot down. She later accuses him of being gay for turning her down, which causes Luna to scratch her face. Meanwhile Luna has been dressed up in some adorable/ridiculous girly clothes! Iron Mouse show up and takes Noriko’s star seed. The episode title insinuates that Luna sees Yaten transform, but this does not appear to happen. Luna is injured and left by Yaten who then runs some distance before transforming, seemingly while no one is watching. Naturally should he have transformed in front of a cat, that probably wasn’t something he considered a security risk, but we know it would have been. During the fight Sailor Star Healer mentions a cat and Sailor Moon asks if it’s Luna, to which she responds that it sounds like a nice name. The next day at school Yaten sees Usagi with Luna, referring to her by name. He really should be putting two and two together and figuring out that Usagi is Sailor Moon at this point, but that is a discovery for another time by another person. 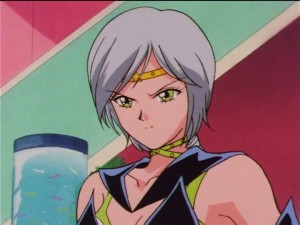 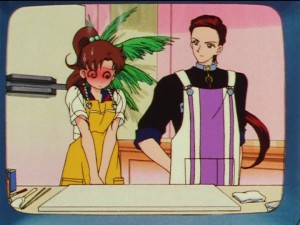 Episode 179, Friend or Foe? Star Lights and the Sailor Guardians, has a brief appearance by Haruka and Michiru. Great, so where’s Hotaru? Ah no of course we don’t see her. More on them next week! This episode is not about these cool characters we like. It’s about Taiki. Who likes this guy? He read poetry in this episode! Wow what a sensitive guy. Taiki seems to be all about slumming it on bad TV so he’s doing a cooking show this week, and Makoto comes along. This is a bad choice as the producers have clearly not properly vetted their guest to discover that she’s actually completely terrified of being on camera. Usagi to the rescue who manages to pretty much blow up the studio in a cooking mishap. The enemy is Sailor Chef and we see Taiki transform but we kind of already did a Taiki episode so there’s nothing really novel here. This episode includes a special sneak appearance by two new Sailor Animamates Sailor Aluminum Siren and Sailor Lead Crow. They are visible only briefly and partially obscured as we learn that Sailor Iron Mouse is doing a terrible job and is apparently replaceable. Oh no! 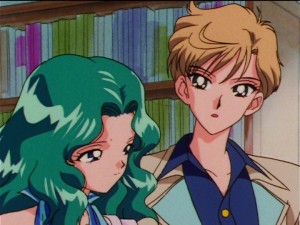 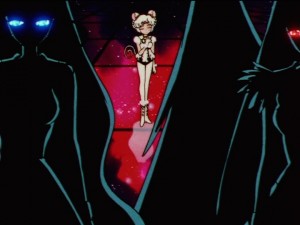 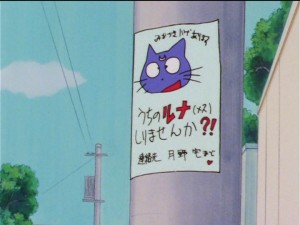 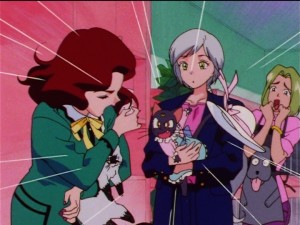