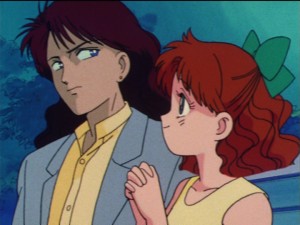 This morning, July 28th, episodes 23 and 24 of the original Sailor Moon anime have been added to Hulu and Neon Alley. These episodes, subbed by Viz, will be included in the subbed and dubbed DVD and Blu-Ray sets which will be released starting November 11th, though season 1 part 1 will stop at episode 23. Both episodes this week are all about Nephrite and Naru. 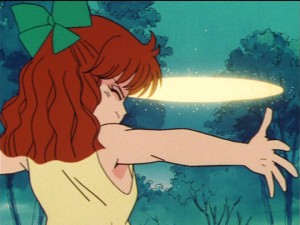 Episode 23, Wish Upon a Star: Naru’s First Love, has Nephrite intrigued by Naru, who’s producing some sort of interesting energy that he isn’t familiar with. That energy turns out to be her love for him, a concept he’s simply not familiar with. Naru steals a jewel from her mother, assuming this is the crystal Nephrite is searching for, and puts herself in danger by getting close to Nephrite who she still thinks is Masato Sanjoin. When Sailor Moon attacks Nephrite with her Tiara Naru sacrifices herself to protect him. The tables soon turn unexpectedly as a monster attacks Naru and Nephrite defends her, attacking the monster.

Episoe 24, Naru’s Tears: Nephrite Dies for Love, has quite a spoiler of a title! This is one of the most heart wrenching episodes of the series, as we are brought to actually care about Nephrite just long enough for him to be killed. Naru is completely in love with Nephrite at this point, and Nephrite is starting to feel the same way. Zoisite exploits this by having Naru kidnapped and Nephrite fights to rescue her, getting injured in the process. Naru and Nephrite enjoy a peaceful time together as they make plans to share chocolate parfaits. This is short lived though, as Nephrite is soon attacked and fatally wounded in the process. Ultimately Nephrite dies in Naru’s arms, leaving nothing but a torn piece of her pyjama she used to bandage him.

Episode 23 is part of the first half of season 1 which is currently available for digital download and in the upcoming DVD and Blu-Ray set which can be ordered below. Episode 24 and the later half of the season will be released at a later date, so for now the only way to watch the newer episodes is on Hulu and Neon Alley.