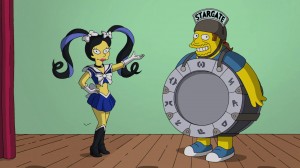 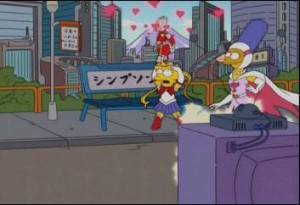 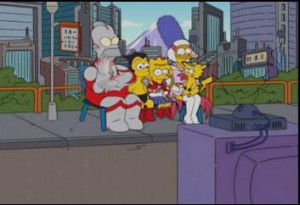 This is not the first time Sailor Moon has been referenced on the Simpsons. Back in 2003 Lisa was dressed as Sailor Moon in the intro scene for the episode “‘Tis The Fifteenth Season”. More recently in 2011 in the episode “Holidays of Future Passed” we see a number of Christmas photos throughout the years. 5 years in the future, when Lisa is 13, she is dressed in a purple Sailor Fuku that is similar to Sailor Moon’s outfit, pigtails and all. 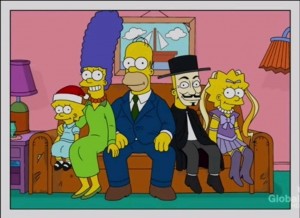 Here are a few other images from the scene in question. 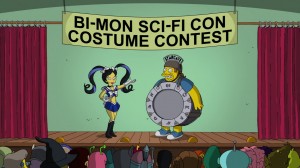 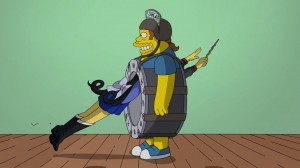 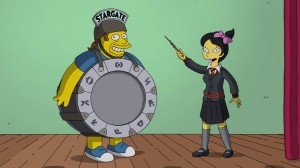 The montage was accompanied by the song PONPONPON by Kyary Pamyu Pamyu, a song who’s video went viral for being this:

The episode also included references to a ton of Hayao Miyazaki movies. Here’s Otto as the Cat Bus from My Neighbour Totoro. 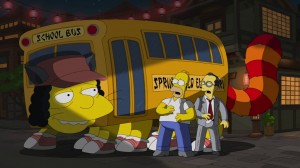 References: WikiMoon, Save Our Sailors, The Simpsons Wiki