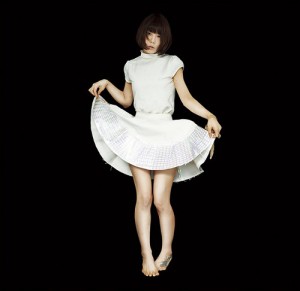 Mariko Goto was the guitarist and vocalist for Japanese punk band “Midori” from 2003 until they disbanded in 2010. She began a solo music career in 2011 and has since released two albums. 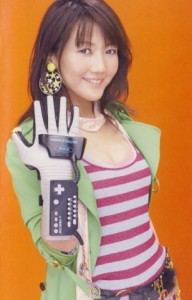 Haruko Momoi is a Japanese singer, song writer and voice actress. She has appeared in a number of anime series and video games and has been doing music since 2000 as a solo artist and as part of the duo Under17. In addition to vocals Haruko Momoi also plays the keytar. 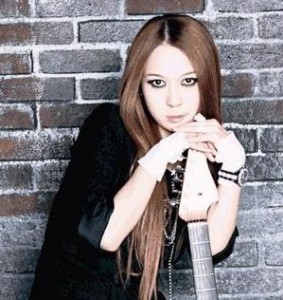 Tommy Heavenly6 is the punk rock alter ego of Tomoko Kawase, a Japanese vocalist. Tomoko Kawase began her career as the lead single for The Brilliant Green in 1995. She began her solo career in 2001 under the pseudonym Tommy february6 and then in 2003 began performing a more alternative punk kind of music as Tommy heavenly6 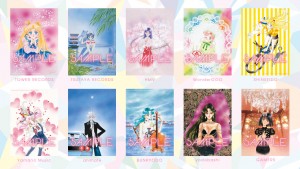 There will be different stickers packaged with the album depending on which retailer it’s purchased from. If you want all of these stickers you only have to buy this album 10 times! The images shown are mentioned to be samples, though they are almost all images which match album art for the Sailor Moon Memorial Music Box CD set which was released in 1998. The Yamano Music’s sticker featuring Chibiusa and Diana differers from the Chibiusa cover in the Memorial Music Box.