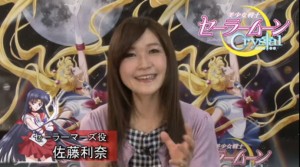 Rina Sato, who provided the Japanese voice of Sailor Mars in Sailor Moon Crystal, has announced that she had a baby boy at some point this year. According to a number of Japanese news sites this was mentioned in a blog post on December 31st, the first she’d made since August. She also mentioned getting married. When exactly this occurred isn’t clear. 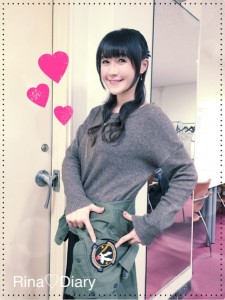 I’m a bit surprised to learn this news! While Rina Sato has not been active on her blog she has still been consistently posting to Twitter throughout the year. Her posts talk about attending various events, many of which are accompanied by very much not pregnant photos of herself. That said there is a lengthy gap in which there are no photos of her during the first half of 2016. Her blog post mentions that this is a private affair, so it would make sense that she not share details about it on her professional Twitter account. All considered I would say it’s likely she had her baby boy earlier in the year rather than later.

Congratulations to Rina Sato! I wish her all the best in this new chapter of life.

5 thoughts on “Rina Sato, the voice of Sailor Mars from Sailor Moon Crystal, gave birth to a baby boy at some point in 2016”