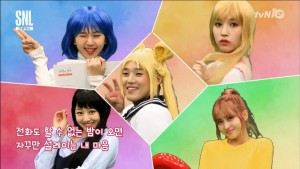 Fans of K-pop will love this video from last night’s SNL Korea. The Korean pop band TWICE were on Saturday Night Live Korea on October 29th. One of their skits was a recreation of the Sailor Moon opening theme which has as its music the Korean version of Moonlight Densetsu. The skit has members of the band TWICE playing Sailor Mercury, Mars, Jupiter and Venus as well as Kwon Hyuk Soo, the male host of SNL Korea, as Sailor Moon. Luna is played by a human and is absolutely creepy. You can watch the clip below. 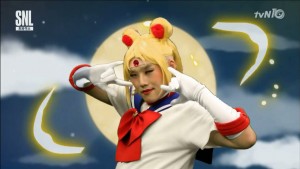 Source: Soompi. Thanks to Captain Genius for the heads up! 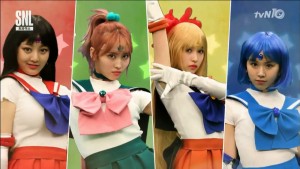 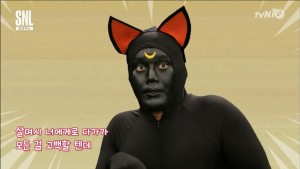