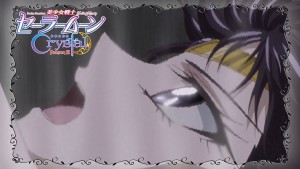 The Infinity arc ends this week! Sailor Moon Crystal Act 38, Infinity 12 – Infinite – Journey, will air on Japanese TV Monday June 27th at 11pm Japan Standard Time. Immediately afterwards it will be streamed on Crunchyroll, Neon Alley and Hulu starting at 10:30am. This is the final episode in the current story arc. After this we will likely not have any new episodes for a while. Some viewers have remained optimistic that we will be following directly into the Dream arc next week but I don’t think this is likely. We have received no official confirmation that there will be new episodes. We don’t have any cast information or art. We’ve had information about CDs, home video releases and all other sorts of tie ins to the Infinity arc, referred to commonly as season III, but nothing about the Dream arc or a season IV. I think more episodes are likely at this point, but barring any official confirmation we can’t say with certainty that this will happen and we have no idea of when this might occur at this time. 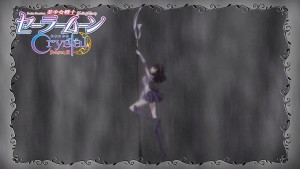 When we left off last week Sailor Moon was dead and Sailor Saturn was destroying the world. How will the gang manage to avoid dying and having the world be destroyed? What happened to Sailor Moon? Will she be holding someone in her arms?! The answer to this and more in Act 38! 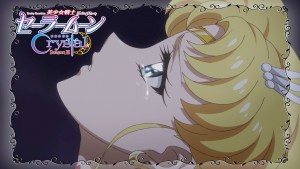