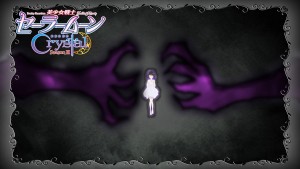 The next episode of Sailor Moon Crystal will air on Japanese TV tomorrow, June 13th, at 11pm Japan Standard Time. Afterwards, starting at 10:30am Eastern Time, the episode will be available to stream on Crunchyroll, Neon Alley and Hulu. . Act 36, Infinity 10 – Infinite – Upper Atmosphere, is the first of a three part conclusion to the Infinity arc. These next three episodes were originally one massive chapter of the original Sailor Moon manga. Because of this the pacing may seem a bit off. 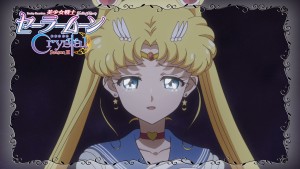 Hotaru is a big deal this week, trying to free herself from the evil Mistress 9 who’s ingesting human souls like they were candy. One major thing we just might see in this episode is a Tuxedo Mask transformation sequence. The equivalent manga chapter, which we expect should be faithfully adapted as all others before it have, shows Mamoru transforming into Tuxedo Mask. We never got an elaborate stock footage transformation for Tuxedo Mask in the original Sailor Moon anime. This happened a few times but these were quick and nothing like what the other Sailor Guardians did, and by that I mean we didn’t see a glowing naked version of him. Fingers crossed! 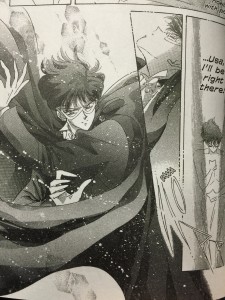