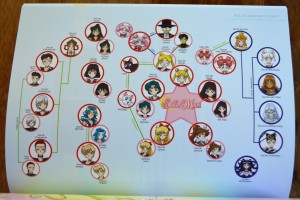 Following the release of Sailor Moon Sailor Stars Part 1’s Limited Edition Blu-Ray on June 18th, some fans found issues with the included booklet. Viz Media has posted an update on their official web site which has details on how to get a replacement booklet. This involves sending an e-mail to SailorMoonStarsBooklet@visionmedia.com with your Full Name, Phone Number, Email address and Mailing Address. 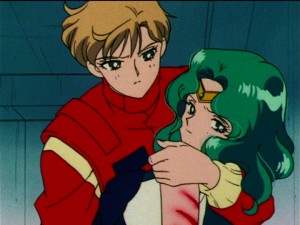 I sent in my own details and the response from Viz mentioned that replacement booklets would start to be sent out “no later than the end of September”. There was no need to send in the original booklet or provide any proof of purchase for the original set. 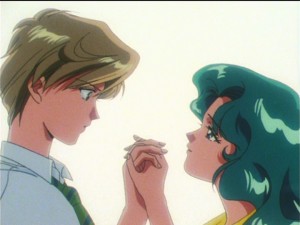 We previously reported on the issues with the booklet. The main concern was that Sailor Uranus and Neptune’s relationship was mentioned as being a “Friendship”. I jokingly suggested many other changes to the chart to reflect the reality of the season. Viz does not get into any details about the changes being made to the booklet in their post, referring only to “several errors”. They had previously mentioned that there will also be a correction to Japanese Romaji lyrics for the theme song “Moonlight Legend”. This pertains to the first line which was not translated in the English version of the lyrics. This error has been in those lyrics in every booklet since the very first season. Odd that this only gets corrected in the Sailor Moon Sailor Stars booklet as this is the only season not to use this song as its opening theme, instead featuring it only once during the end credits of the final episode of the series.

The booklet included in the Limited Edition version of SAILOR MOON Sailor Stars Season 5 Part 1 included several errors which we have addressed.

For those of you who purchased that product, we now have a replacement solution for the booklet. As soon as possible, please send an email to SailorMoonStarsBooklet@visionmedia.com with the subject line “Sailor Moon Replacement” and include the following details:
Full name
Phone number
Email address
Mailing address to where the replacement booklet should be shipped

Once you have provided the information, you will be on your way to receiving a replacement booklet.

Thank you again for your continued patience. We appreciate your ongoing support for SAILOR MOON. If you have any questions or thoughts on the replacement process, please reach out to us through this page or through social media:

Here is the complete response I received via e-mail:

Thank you for your email and for providing your contact information.

Replacement booklets will start to ship by no later than the end of September 2019. Requests will be fulfilled in the order received assuming complete and correct contact/shipping information has been provided.

We appreciate your patience and your ongoing support. If you have any questions or thoughts on the replacement process, please reach out to us through this page or through social media.

It’s not clear if or when sets sold at retail will include the new booklet. You can buy Sailor Stars Part 1 from Amazon using the links below. Part 2 will be out November 12th.