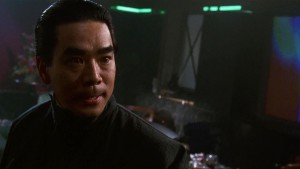 18 thoughts on “Denis Akiyama, the voice of Malachite from the English Sailor Moon dub, dies at age 66”