Update: Following issues with the site being inaccessible due to heavy traffic the Fan Club registration page was removed. A message on the Otaku Mode Twitter account noted that registration is currently closed but would be back at a later date.

The Official Sailor Moon Fan Club, previously only open to fans in Japan, has now opened overseas! For a limited time fans in the US, Canada and select other countries worldwide can pre-order a fan club membership for $58 US from the Tokyo Otaku Mode web site. I visited the site immediately after membership opened at 9pm Eastern Time and though I was able to load the fan club pre-order page the site almost immediately become unresponsive, likely due to load, leaving me unable to complete my purchase. Hopefully the traffic will reduce soon allowing users to get their memberships. 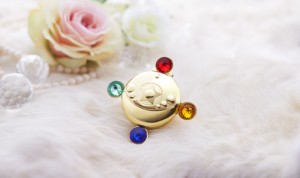 Being part of the fan club will give you a membership card, a lip gloss container fashioned after Sailor Moon’s brooch, access to the Sailor Moon Fan Club App for mobile devices and the ability to pay more money for Fan Club exclusive merchandise. The membership period will not last a full year. It will expire on June 30th 2017. This is likely because the Fan Club began in Japan in July of this year, and so the first year will run until June 30th. Though new memberships will only be accepted until October 22nd it has been stated that only a limited number of new Fan Club members will be allowed to sign up, so it is quite possible that registration will close before that date. If you are interested in signing up you would be wise to do so as soon as the web site lets you. 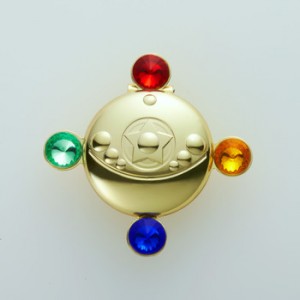