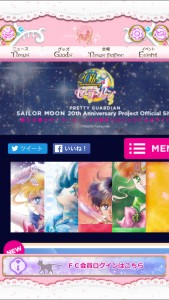 The terrible saga of this horrible app continues. The official Sailor Moon Fan Club app is out for iOS devices. This includes a game. You will almost certainly not be able to play this game if you don’t live in Japan. Sorry. Here’s what the game you can’t play looks like. 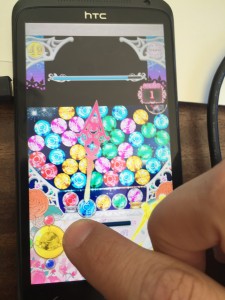 We’ve previously posted about the new Sailor Moon Fan Club app which was released for Android phones and then posted a review. So much to say there is an official app which is exclusive to Japan which included a game which only worked for Fan Club members, which you needed to pay for and needed a Japanese address to be a part of. I then figured out that you could log in to the game with a free account, which you can’t make anymore, but I happened to have. That method doesn’t work anymore. It also doesn’t work on the iOS version for iPhones. You pretty much can’t play this game if you don’t have a paid Fan Club account.

Still want instructions on how to get this game? You can download it from the Japanese iTunes store. This means creating a Japanese iTunes account. You can follow these steps to do it. I don’t reccommend you do because the app is a terrible waste of time that you can’t play, but you can do that.

Once you load the app you will be able to view the Official Sailor Moon Site. Click on the banner at the bottom of the screen which says “FC …”. You will be asked to log in. If you have an official Fan Club account you can play the game. If not you get this error message. 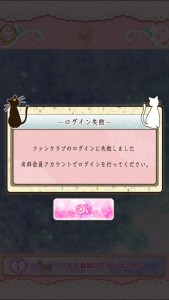 Just play Sailor Moon Drops instead. It’s not terrible like this app.