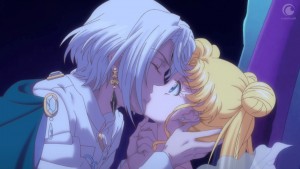 The next English dubbed episode of Sailor Moon Crystal will be available on Hulu and Neon Alley this Friday, April 1st, at 9pm Eastern Time. Act 21, Complication – Nemesis, has Prince Demande kidnapping Sailor Moon! This is personal for Prince Demande who, just like Mamoru, doesn’t respect a woman’s autonomy and choses to force a kiss on Usagi. 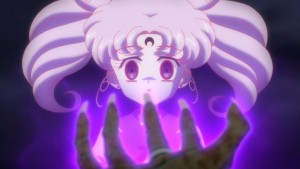 This episode gives us a glimpse of things to come for Chibiusa as we see the symbol of the Black Moon Clan on her forehead and an image of someone that looks just like her but a bit older. 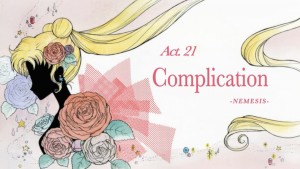