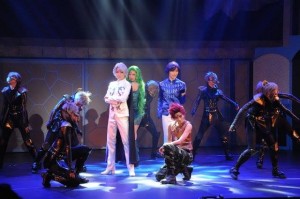 Today, August 21st 2014, marks the first performance of the new Sailor Moon musical, Petite Étrangère, in Japan. This new musical covers the second story arc, covering the first appearance of Chibiusa, fighting with the Black Moon Clan and traveling to the future city of Crystal Tokyo to meet Sailor Pluto, Neo Queen Serenity and King Endymion. The musical will be running from August 21st to the 31st in Tokyo and then from September 7th to the 9th in Osaka. With the premiere we have gotten some new information about merchandise for the musical and the first international airing of a Sailor Moon musical. Fans must all be wanting to see the musical for themselves but unless they’re in Japan this isn’t possible yet. Fansubbing group Miss Dream has mentioned that they will be subtitling the webcast version during the weekend of September 6th. Indeed Niconico will have a live webcast of the musical on September 7th. 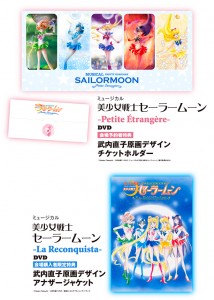 News on the Sailor Moon official site has announced that the DVD of the musical will be released on January 28th 2015. Those who pre-order the upcoming DVD will get some bonuses including 5 cards and an exclusive DVD jacket for the first Sailor Moon Musical, La Reconquista, with art made by Naoko Takeuchi, the creator of the Sailor Moon manga. This is not new art but a mix of existing images. The cards contain images of the new manga cover and the DVD jacket is a reuse of the original cover of the 4th volume of the Sailor Moon Manga. The Sailor Moon Petite Étrangère DVD will cost 7800 yen (about $75 US) and yes, we once again only have a DVD and not a Blu-Ray release of the musical. I was very disappointed with the video quality of the Sailor Moon La Reconquista DVD release and there doesn’t seem to be any indication that your $75 plus shipping costs will be getting you anything better this time around. There are no real specifics on special features at this time, though comparable features to the La Reconquista DVD should be expected. 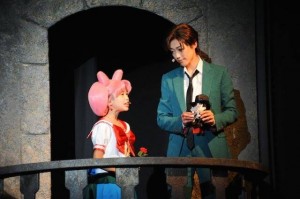 It was also announced today that the Sailor Moon Petite Étrangère musical will be playing in Shanghai China in Janaury of 2015. This is the first time any of the Sailor Moon musicals has played outside of Japan. 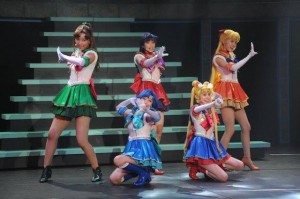 And here’s a cool little Easter Egg that may or may not have been intentional. Tuxedo Mask wearing a Canadian Tuxedo as noted by @el_Ramses on Twitter! 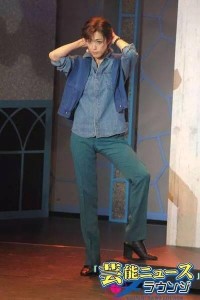 Keep reading for more images from the musical or find more on the Moon Sticks and SOS Sailor Moon‘s Facebook pages. I’ll have more thoughts on the actual musical once I get a chance to actually see it! 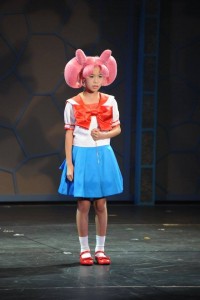 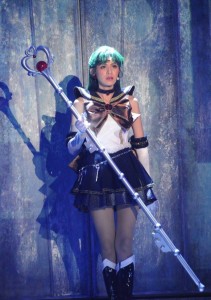 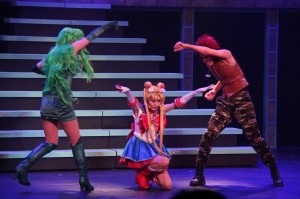 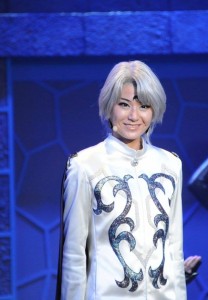 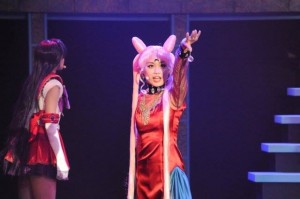 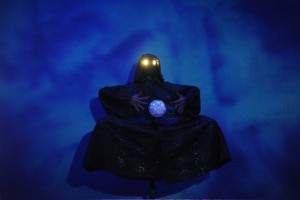 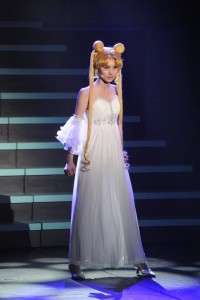 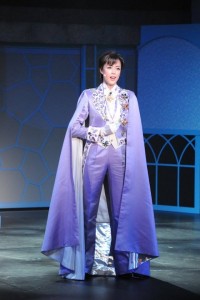