We’ve got new information and a better look at the cast of the new Sailor Moon musical set to play in Japan this September. A lot of this can be found on the musical’s official site. The musical now has a title “La Reconquista”. We also have a look at the Sailor Soldiers and Tuxedo Mask in their costumes. 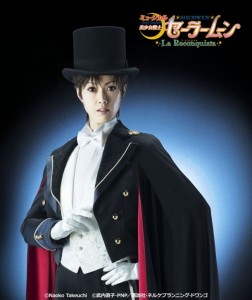 Noteable is that Tuxedo Mask and all other male characters are being played by female actresses. The musical’s story will be focusing on the Dark Kingdom story arc meaning Queen Beryl, the four Shitennou and Queen Serenity are all characters. The Shitennou, male characters, are also being played by women. A curious character included in the cast list is “Lemures Leader”. The monsters from the Dead Moon Circus are called Lemures while the monsters from the Dark Kingdom are referred to as Youma. Lemures is a name for spirits of the dead while Youma simply means monster. We can speculate about what this means but it’s likely they’ll just be referring to a group of monsters as Lemures. 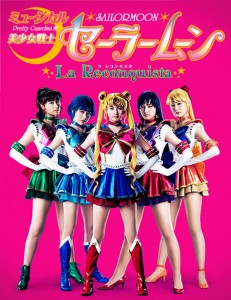 Shows run from September 13th to the 23rd. Tickets go on sale August 17th. More information is available on the official site. If you’re interested in attending you might want to make plans to be in Japan in September.