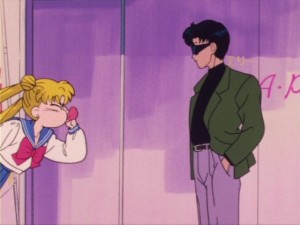 Episode 1, The Crybaby: Usagi’s Beautiful Transformation, is the iconic first episode in which Usagi meets Luna and transforms into Sailor Moon in order to fight the first monster who has been masquerading as the mother of her friend Naru. 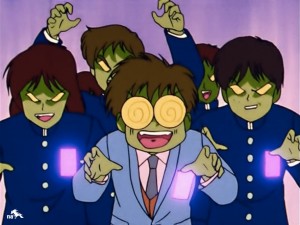 Episode 2, Punishment Awaits: The House of Fortune is the Monster Mansion, was originally not released as part of DIC’s dub. We can only speculate as to why it wasn’t released. It could be because Umino assaults his teacher and makes unwanted advances to Usagi or maybe they just wanted to get to the superhero group show Sailor Moon was marketed as more quickly, as three of the episodes that were cut from the series occurred before Sailor Mercury showed up. The plot centres around a new fortune telling house that opens up in Juuban. The children who go there become evil and fight along with the monster of the week, who is posing as a fortune teller. When Umino and the rest of the kids from school go bad it’s up to Sailor Moon to stop them! 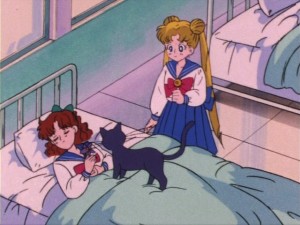 Episode 3, The Mysterious Sleeping Sickness: Protect the Girls in Love, has Jadeite using the local radio station FM. No. 10 to send out flowers to girls to drain their energy and put them to sleep. It features scenes of Naru sleeping that were later used in the Italian Nintendo DS game La luna splende. 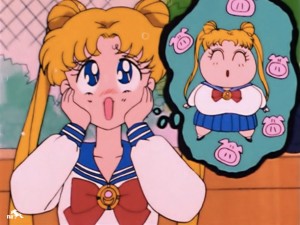 Episode 4, Learn How to be Skinny From Usagi, features a terrible message about body image as Usagi is obsessed with her weight problem and her friends are tricked into going to an evil gym to get their energy drained.

Next week’s two new episodes were both previously not released with an English dub. Monday May 26th we will be seeing “A Monster’s Scent! Chanela Steals Love” in which Shingo’s relationship with Luna is strained as the new pet craze, Chenelas, turn out to be a plot by the enemy. We will also see “Protect the Melody of Love! Usagi is a Cupid” in which Usagi must protect Amade Yuusuke, a struggling artist who is being targeted by the Dark Kingdom who are trying to steal energy through his music.