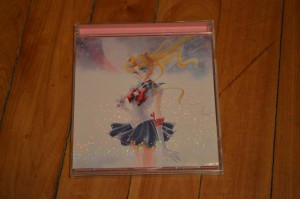 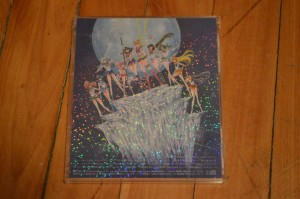 The first track, Moonlight Densetsu, is the original theme song used in the first four of the five seasons of the Sailor Moon anime. The original theme song was done by DALI but in the S and SuperS seasons it was rerecorded by Moon Lips. This cover by Momoiro Clover Z more closely resembles the Moon Lips version. Momoiro Clover Z originally faced much criticism from fans when their performance of this song at the Sailor Moon 20th Anniversary event was not great. They are set to perform the theme song for the new Sailor Moon anime yet they could not do a decent cover of this song. This album version, as opposed to their live version, sounds considerably better benefiting from the studio polish that only post production can bring. It stands to reason that the theme song we finally get will have a similar quality.

Heart Moving was the original ending theme for the first half of the first season of the anime. The version on this album performed by Shoko Nakagawa is quite a bit more upbeat than the original. 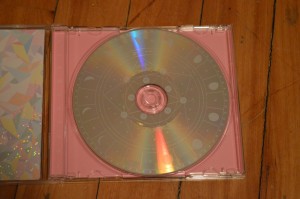 Princess Moon, the ending theme for the second half of the first season, is performed by Haruka Fukuhara. My only thought when hearing this version is that the artist sounds extremely young. This is fair as Haruka Fukuhara is only 15.

Otome no Policy, the ending theme for Sailor Moon R, is performed by Etsuko Yakushimaru. This version features a lot of interesting electronic effects, like random beeps reminiscent of dial up modems. The entire song seems whispered which is an odd choice. The end effect is that it makes me think that there might be a Japanese ghost stuck in my music player, which is all right since this rendition is fairly enjoyable. 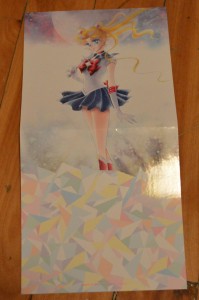 Ai No Senshi is the other track which is not an opening or ending theme. This song was first used when the Sailor Soldiers face off against Rubeus and the Ayakashi Sisters in Sailor Moon R and again in Sailor Moon S when Haruka gives Usagi a lift in her car. The original version of this song has a great beat and this one does as well. The song is now a duet done by Mariko Goto and Avu-chan. Avu-chan’s voice sounds very much like that of a man, which is not terribly surprising as she is a trans woman. The duet works well, though the voice can be a bit distracting. This rendition is good though the original version needed no improvement. 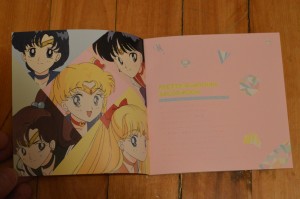 Tuxedo Mirage, the ending theme for Sailor Moon S, is the second song performed by Momoiro Clover Z. Their performance is perfectly serviceable but not exceptional. They are a popular band that is in my mind neither impressive or lacking in talent. I’m sure their performance of the upcoming theme song will be equally unremarkable.

“Rashiku” Ikimasho is the ending theme for the second half of Sailor Moon SuperS as well as the Ami’s First Love special. The cover by Haruko Momoi is very good, though the original song was also great and didn’t really require any improvement. This song could easily have been worse if done poorly, so I give it credit for holding up well. 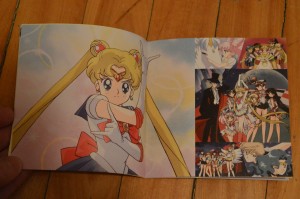 The Sailor Stars Song was the second opening theme, used for the Sailor Stars series. The cover by Mitsuko Horie is not as good or fun as the original. Her style of singing does not really mesh well with the tone of the music.

Kaze mo Sora mo Kitto, the ending theme to Sailor Stars, is performed by Makoto Kawamoto. The music itself is not terribly different than the original track though Mokoto Kawamoto’s singing voice is a bit different, and quite enjoyable. 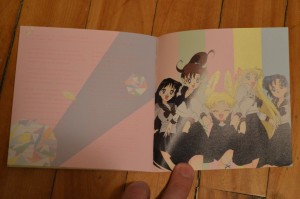 The bonus track is a French language version of Moonlight Densetsu by Clémentine, a French singer who performs mostly in Japan. It’s a very interesting track as it is more of a departure from the original than any other. The style of music is a complete novelty. The French translation takes many liberties, sometimes having only passing similarities to the original lyrics. Overall I found it quite enjoyable and found that Clémentine has a good singing voice.

This is a good album and one I would suggest all Sailor Moon fans make the effort to pick up.