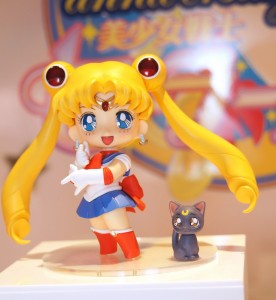 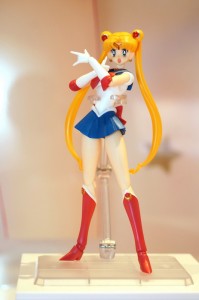 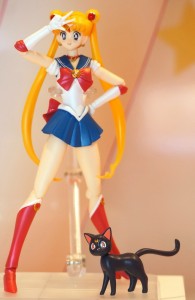 Also shown, as pictured at the top of this post, is a Chibi Sailor Moon figure set (a Sailor Moon figure that is small, not a figure of Sailor Chibi Moon…) which is basically a super deformed version of Sailor Moon and Luna. This is part of Bandai’s Chibi-Arts line which is a line of high quality non posable Super Deformed figures. These adorable figures have Sailor Moon once again in her “I will punish you” pose. 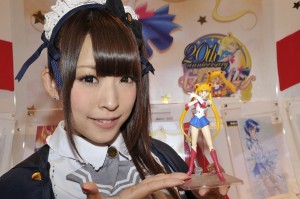 Many toys for other non Sailor Moon franchises were shown, but we don’t really feel like telling you about those.