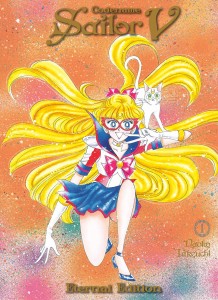 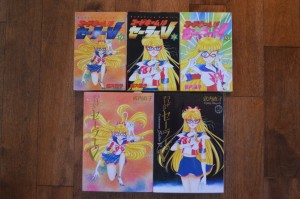 As with the Japanese Complete Edition releases, which were similar but slightly smaller equivalents to the English Eternal Editions, we have the same cover art. While the Sailor Moon Complete and Eternal Editions featured original art for the covers the Codename: Sailor V covers, originally released in Japan in 2014, use the same art from volumes 1 and 2 of the original Japanese manga releases. I don’t have my hands on this manga yet but you can see my post about the Japanese releases for a look at what those looked like. These really are the definitive versions that fans should be looking to collect. Forget about those Naoko Takeuchi Collection versions which keep getting delayed. Those are terrible. Waste of money. Spend a little more and get the Cadillac Eternal Edition manga. They are expensive but worth every penny.

The first volume is out today and the second will be available next month on October 21st. Feel free to support the site by ordering volume 1 or any volumes of the Sailor Moon manga and pre-ordering volume 2 using the links below.

Also please check out the very outdated Sailor V Page of Funk which I made back in 1998 when no English version of this manga existed. The first time I read this manga I had a printed translation of the script which I followed along with.

4 thoughts on “The first volume of the Codename: Sailor V Eternal Edition manga is out now”