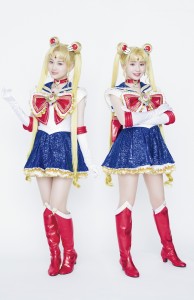 Good news for musical fans who have TVs that were made after 1992! It has been announced on the official Sailor Moon site that the recent Nogizaka46 x Sailor Moon musical will be released not only on low resolution DVD but also on high definition Blu-Ray! This 3 disk set will include two version of the musical, that being both the Team Moon and Team Star versions, as well as bonus features! This is great news given the last 5 musicals, all released long after Blu-Rays and high definition televisions were commonplace, were only released on a low quality 480i DVD. I’ve complained about this time and time again as the past musical releases are really not in keeping with where the rest of the video industry is. This has become particularly frustrating in light of the fact that streaming and digital versions of the musical, uniquely available in Japan, are available in significantly higher resolutions than the DVD releases. I had previously suspected that the reason for the low quality releases was that older style video cameras had been used for the recordings, but this does not appear to be the case.

This is particularly useful for North American fans who would normally not be able to play Japanese DVDs but are able to play Japanese Blu-Rays. Japan is in DVD region 2, while North America is in DVD region 1, requiring a region free DVD player to be able to watch a Japanese DVD. When it comes to Blu-Ray discs however a different system based on letters is used and both North America and Japan are part of Blu-Ray region A. I play all of my imported Japanese Blu-Rays on my off the shelf Canadian PlayStation 3 and 4 systems without issue. Keep in mind that these Japanese releases do not have any subtitles so fans will only be able to watch them in Japanese. 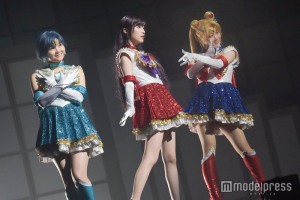 These releases unfortunately will not be cheap! The Blu-Ray release is 9504 yen, about $84 US, and the DVD at a modest 8424 yen, about $75. There’s certainly a good deal of content at that price but this still seems quite expensive! Bonus features on the third disc will include rehearsal footage, backstage video and more. 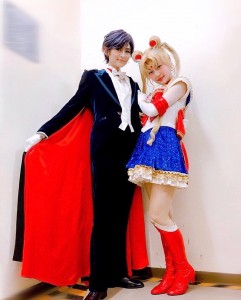 I certainly hope that this means we will be getting Blu-Ray releases of musicals in the future. While that may be the case this release may also be given more attention due to the fact that it involves members of the band Nogizaka46 and will appeal to a new audience. We don’t have any box art yet but I think a reversible cover with Team Moon and Team Star would be fun. Do you plan on picking up this release?