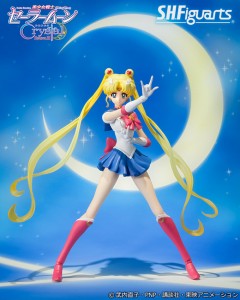 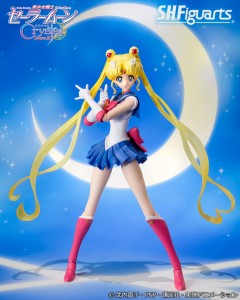 This version of Sailor Moon has the Cosmic Heart Compact on her chest, from the Infinity Arc. Will more of the Sailor Guardians be released next? An S. H. Figuarts Sailor Moon Crystal Sailor Mercury would be the obvious next release. Who would you most like to see in this style of figure?

The figure will be released this January. No price has been announced yet but they usually sell for about $50 when first released domestically.