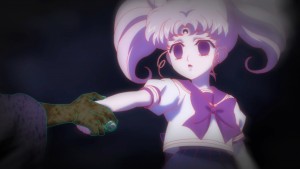 The next English dubbed episode of Sailor Moon Crystal will be available on Hulu and Neon Alley this Friday, April 8th, staring at 9pm Eastern Time. Act 22, Hidden Agenda – Nemesis, is all about not really seeing Black Lady. We see these shadows of her throughout but we don’t get a clear look at her. The obscuring of Black Lady changed a bit for the Blu-Ray release, which is the updated animation we’re getting for the dub. This screenshot is actually from the original streaming version.

I feel like this episode is kind of slow. That’s probably because Act 21 and 22 were originally one manga chapter which was broken into two. It gives this episode a weird pace. 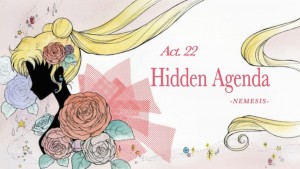