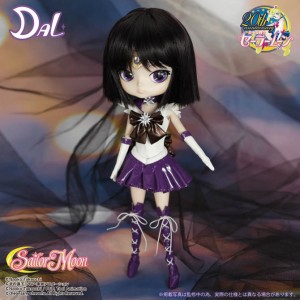 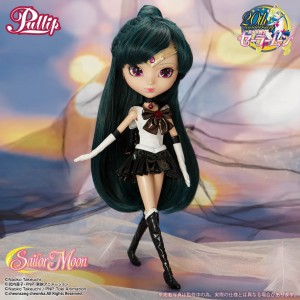 Sailor Saturn is not a Pullip doll. She is a Dal doll. What’s the difference? Pullip is the name of a specific character and most of the Sailor Moon dolls are Pullip dolls because they roughly match that character’s size. The Sailor Moon Pullip doll is a Sailor Moon doll made like the Pullip doll, the first in the series. Tuxedo Mask does not have a Pullip doll but a Taeyang doll, Pullip’s boyfriend, because he is male. It’s like if Sailor Moon was a Barbie doll and he was a Ken doll. Similarly Sailor Chibi Moon, like Sailor Saturn, gets a Dal doll. Dal is Pullip’s younger sister. Pullip is 17 while her sister Dal is 13. Since the doll is younger looking her model fits better for younger characters. You’ll notice that this doll is a bit smaller and has a different shaped face as compared to Pullip. All this said Pullip dolls, Taeyang dolls and Dal dolls are all part of the same line of products made by the same company, they are simply made using different base designs for the doll. Sailor Saturn’s doll will be released in October 2015 and will sell for 17000 yen, roughly $143 US. 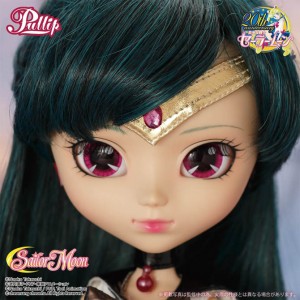 Sailor Pluto finally got a doll. How great! She has been last in so many products but even though coming after Human Luna she was not the last Sailor Guardian to have a Pullip doll announced. We have also gotten a look at Sailor Pluto’s Bandai Exclusive which is a civilian outfit which allows her to be Setsuna Meiou, Sailor Pluto’s civilian identity. Unlike the other Sailor Guardians Sailor Pluto does not have a school uniform (and is not based on a real planet) so she doesn’t have that as her Bandai Exclusive outfit like the others do. She has a purple business suit so that she can be all professional and stuff. Her doll will be released some time in September for 17,000 yen, roughly $143 US, with her Bandai Exclusive version selling for 20,000 yen, about $168 US. 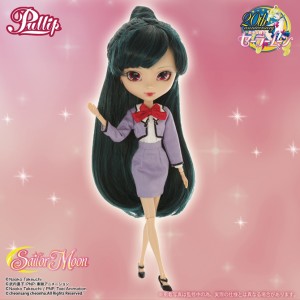 The Sailor Saturn doll will be unveiled on Sunday September 6th at some sort of Spring Doll Show which you can read about at the show’s web site if you happen to be able to read Japanese, which I assume anyone who’s able to attend should be able to do. Due to time zones it’s actually tomorrow in Japan right now. The show should be starting in a few hours.

Are you made of money? If so please support the site by buying some of the previously released Pullip dolls using the Amazon links below!