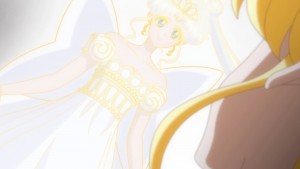 This weekend is the final episode of Sailor Moon Crystal, Act 26, Replay – Neverending. Though fans continue to hope for more episodes, we still have not had any confirmation of any episodes following the initial 26 episode run. This next episode will be available on Crunchyroll, Hulu and Niconico starting this Saturday, July 18th, at 7pm Japan Standard Time which is 6am Eastern Time, 3am Pacific Time. This will be the final episode of the Dark Moon story arc as we wrap up the story of Crystal Tokyo and Nemesis. 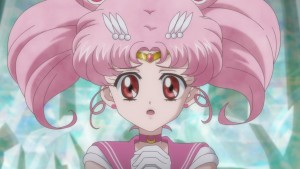 This is it. Chibiusa has become Sailor Chibi Moon and Nemesis has been blasted away, but with it we also lost Sailor Moon and Tuxedo Mask! We will finally get to see Neo Queen Serenity return as the final battle with Death Phantom takes place. It’s unclear where exactly things will leave off with this being a finale. Will Chibiusa leave for the future and wrap things up perfectly? Will they still bother upgrading Sailor Moon’s transformation broach and giving her the Heart Moon Rod which she won’t ever get around to using? If another season is ever planned they probably will. Finally will we see the “À Suivre” (to be continued) message at the end of this one as we have with every other episode to date? If we don’t that will certainly be an indicator that there are no new episodes planned. 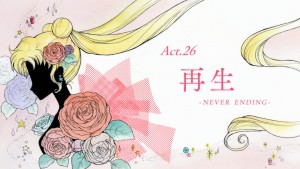