In the latest episode of Sailor Moon Crystal, Act 15, Infiltration – Sailor Mars, a familiar looking character appeared to fans of 90s anime. As a scene shows the halls of T. A. Academy, the private all girls’ school which Rei attends, a young man with black hair, a green tank top and black pants is seen. To me he bears a striking resemblance to Heero Yuy, the main character from the 1995 giant fighting robot series Gundam Wing. Does this reference seem intentional or do you think this is just a coincidence? 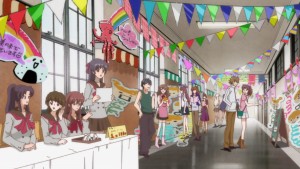 Looking at the rest of this scene above there are a number of characters who are wearing very specific uniforms, not those from the T. A. Academy which are mostly seen throughout the episode. I am not an expert on all things anime but the only other one which looks a bit familiar to me is the girl in pink who looks like Miki Koishikawa from from the excellent 90s anime series Marlade Boy. This matches one of her tennis outfits which is seen frequently throughout the series. The guy with her bears only a passing resemblance to Yuu Matsura from the same series, so I expect he or perhaps both of them may be from another series. 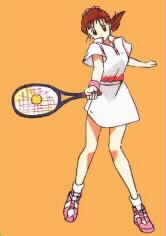 Obviously I’m at a loss for anything that’s not 90s anime related. Do you recognize any others? Let us know in the comments and I’ll put anything that looks feasible in the full writeup for the episode that will be coming soon. 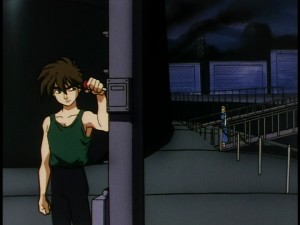 4 thoughts on “Was Gundam Wing’s Heero Yuy in the latest episode of Sailor Moon Crystal?”