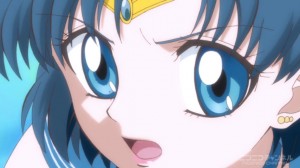 The preview for the next episode of Sailor Moon Crystal was not included in the Crunchyroll and Hulu feeds of the show however it was included in the Niconico version. I had not seen it when I posted about the first episode, only speculating about what was coming next. You can watch that clip by viewing it on Niconico or watching the YouTube clip embedded below.

Act.2 Ami – Sailor Mercury, follows the naming convention for chapters of the manga as we’re introduced to Sailor Moon’s first companion, the Sailor Guardian Sailor Mercury as voiced by Hisako Kanemoto. From the looks of it this episode will once again be following the manga fairly closely. Episode 2 will air on Saturday July 19th at 7pm Japan Standard Time which is 6am Eastern Standard Time or 3am Pacific Standard Time. Check out this link for details on how to watch the show. 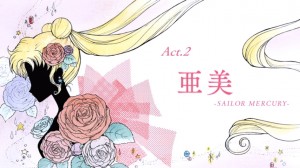 Want to keep watching the next episode previews? You’ll have to keep watching on Niconico which is only free for the first two weeks. Niconico’s premium service is fairly painless to sign up for through the web site with Pay Pal for 540 yen (about $5 US) per month. This is also the easiest way to view the show in Japanese without subtitles. 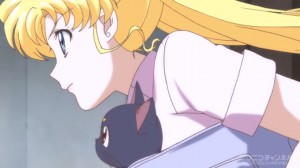 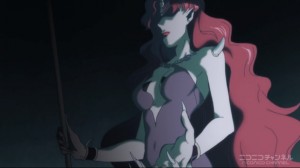 9 thoughts on “Watch the next episode preview for Act.2 Ami – Sailor Mercury”