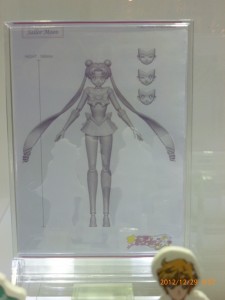 New figures of Sailor Moon and the rest of the nine Sailor Soldiers will be available in May from Legend Studio. 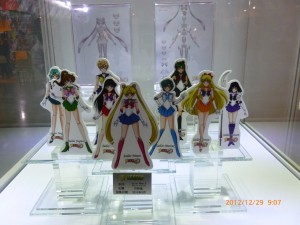 Sailor Moon Collectibles reports that a few pictures from the ACG Comic Expo in Guangzhou, China from December have surfaced. These pictures show that there will be the nine figures of Sailor Moon, Mercury, Mars, Jupiter, Venus, Pluto, Uranus, Neptune and Saturn. Unfortunately we just get cutouts with no real indication of what the toys would look like for most of the girls but we get a bit more of a look at Sailor Moon herself. There are some CG renders of the Sailor Moon figure and it’s individual parts which gives us a good idea of what the finished product might look like. We see for example that the figure will have a number of swappable faces and by seeing all the pieces we can get a good idea of the articulation the final product might have. 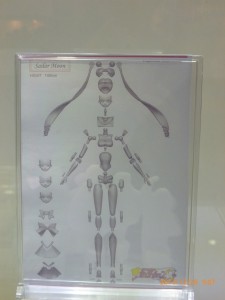 Are these toys related to the new 2013 Anime? We can only speculate about the specifics but it doesn’t appear that this is the case. The toys are branded with the Sailor Moon S logo, which relates to the 3rd season of the show. Sailor Moon S is an anime specific term so these toys appear to be based off of original anime designs rather than the manga or the new Sailor Moon 2013 anime. A few things here show that these figures can only be from that particular time in the series. Sailor Moon has her Cosmic Heart Compact which she only has for the S series. Sailor Moon and the rest of the girls have not upgraded to their Super forms which happens in Sailor Moon SuperS. Finally the inclusion of Uranus, Neptune and Saturn is something that only first occurs in Sailor Moon S. It stands to reason that the decision for this particular time in the series to have been used is simply to use older and more iconic costume choices while at the same time maximizing the number of characters that toys can be made from. Sadly missing from this set is the often neglected Sailor Chibi Moon who is in Sailor Moon S and therefore could easily have been included.

The toys are being made by Legend Studio. A date of May 2013 is written on the card in front of the display. Hopefully we can see more about these figures real soon.