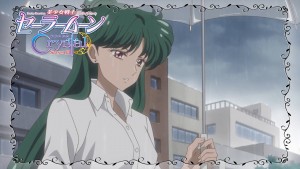 The next new episode of Sailor Moon Crystal will air tomorrow on Japanese TV and be available to stream on Crunchyroll, Neon Alley and Hulu as early as 10:30am Eastern Time. This week on Act 31, Sailor Pluto – Setsuna Meioh, Sailor Pluto returns from the dead! Sailor Pluto didn’t die in the past though. The future version of Sailor Pluto died which makes we wonder if there are two Sailor Plutos hanging around right now or … or what? 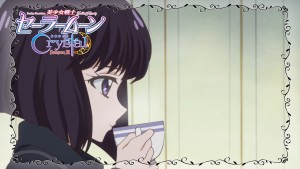 This week Sailor Jupiter faces off against Tellu of the Witches 5 who fights with the help of evil plants!